Master Key has been grabbing heaps of attention due to their creativity, as well as those who guest on the show. Now, they have revealed the next lineup! So, check that out below! 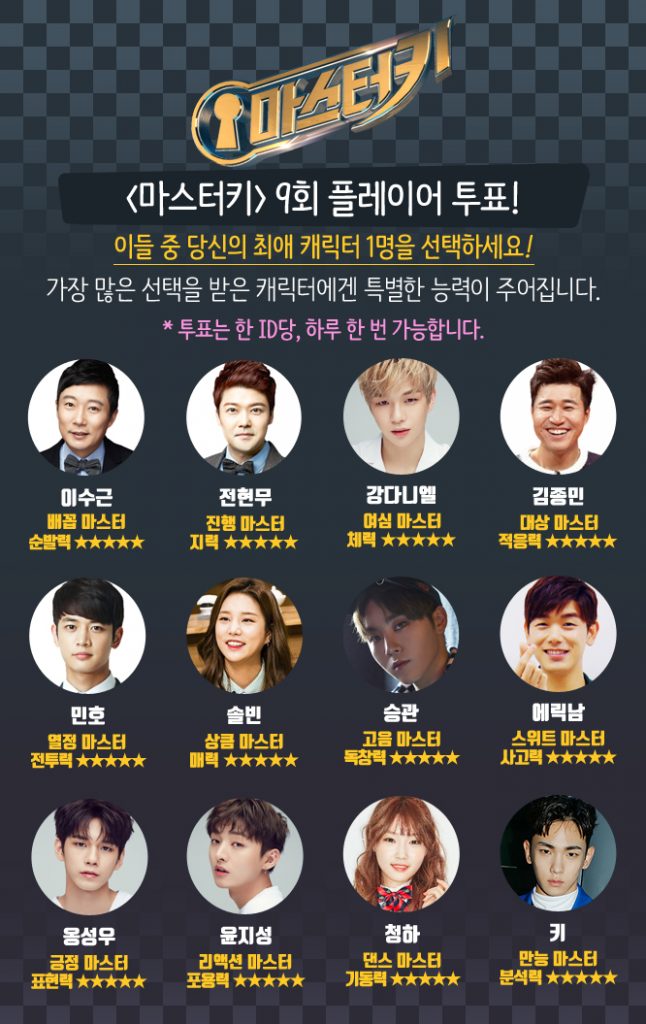 So, we have the standard cast who appears on most of the episodes: Lee Soogeun, Jun Hyunmoo, Wanna One‘s Ong Seongwoo and Kang Daniel and Kim Jongmin. In this episode, we have Wanna One‘s Yoon Jisung, SHINee‘s Key and Minho, Laboum‘s Solbin, Seventeen‘s Seungkwan, Eric Nam and Chungha!

What do you think about the lineup? Let us know in the comments below!

Scroll for more
Tap
Gordon Ramsay to be on ‘Please Take Care Of My Refrigerator’!
BTS KILLS IT during their performances on Jimmy Kimmel Live and The Ellen Show!
Scroll
Loading Comments...