EXO, who has become quite popular in Korean Pop and is known to represent it along with many other outstanding groups and artists, has recently made a collaboration with Walt Disney (Korea) Limited for the ‘Star Wars: The Force Awakens‘ movie. 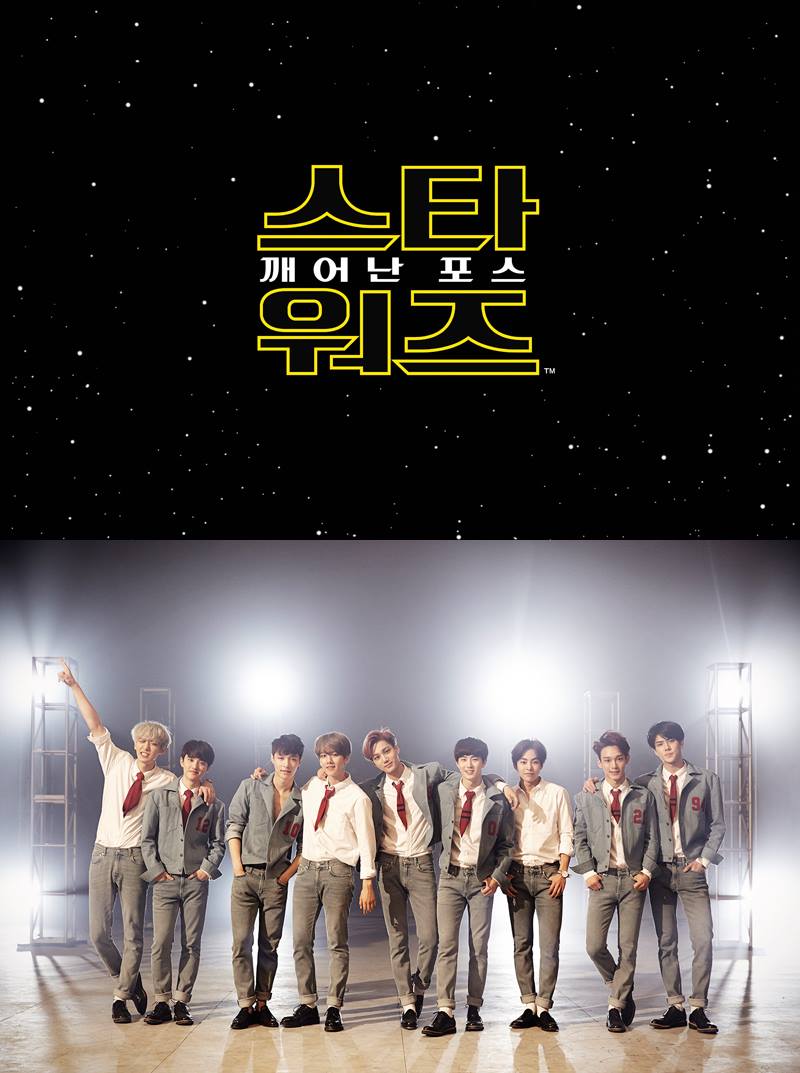 EXO’s digital single will be titled ‘Light Saber,‘ and the teaser for the single has already been released.

The teaser is 3o seconds long and features only 3 members, Baekhyun, Sehun, and Kai. There was also a featured blue light saber, to emphasize the title, maybe? The teaser also features an amazing rap at the beginning and killer vocals at the end.

Check Out The Teaser Below: