MBLAQ’s Seungho to commence his military service next week.

MBLAQ’s Seungho to commence his military service next week.

A+ are you ready for some sad news?

MBLAQ fans, it’s happening! Seungho will officially start his mandatory military service on the 16th of October. A representative from Will Entertainment confirmed on the 13th of October that Seungho will initially head to the Nonsan training centre on the 16th. He’ll be in active service for 21 months following his completed training. 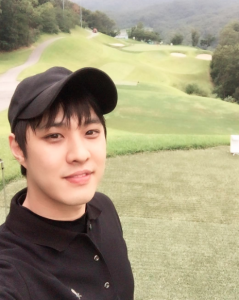 Seungho signed with Will Entertainment back in April. Since then, he’s been busy in multiple acting projects. As the final MBLAQ member to enlist, he’ll be joining fellow members G.O and Mir.

Seungho‘s agency is currently planning to schedule a final fan meeting before he enlists.

Scroll for more
Tap
Remain calm Ahgases! GOT7 have opened an official Instagram!
Wanna One to feature on cover of GQ Korea!
Scroll
Loading Comments...