Despite the bizarre weather forecast, K-Pop fans and Eat Your Kimchi ‘Nasties’ arrived at Federation Square to the first KWAVE Festival organised by SQ Entertainment and sponsored by YESASIA, MediaAsia, City of Melbourne and more.

Over 1000 individuals attended the KWAVE Festival, with many stalls and performances on show. Some of the popular activities included travelling around to the various food stalls including the Korean Student Society and Gong Cha- which provided different Korean cuisines to be feasted upon: bibimbap, topoki, japche and many more. Others travelled to the YESASIA store for the latest trendy Korean look whilst others satisfied their thirst for K-Pop by going to the MediaAsia stall and spectating the various performances on stage. 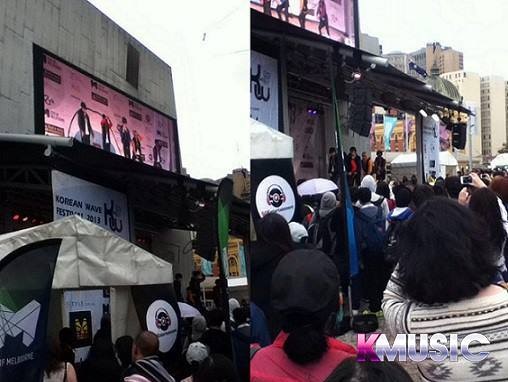 Early performances included a Taekwondo showcase which was accompanied with upbeat, music giving a new dimension and feel. Other performers included included Penta, a five group member dance group including DarrenTP who performed dance cover of Jay Park’s ‘I Like To Party’. AO Dance Crew performed EXO‘s ‘Wolf’, giving off an energetic aura and drawing a huge crowd after performing recently performing at 4minute’s concert in Sydney. 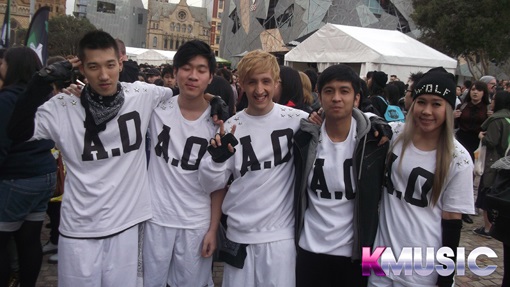 FLARE, a dance crew from The University of Melbourne performed various covers including B1A4’s ‘Tried to Walk‘ and ‘Bad Girl‘ by Ladies‘ Code. This group only practiced for 8 hours, but gave a spectacular performance with great group synergy. They hold dance classes of different styles for an annual fee of $15. 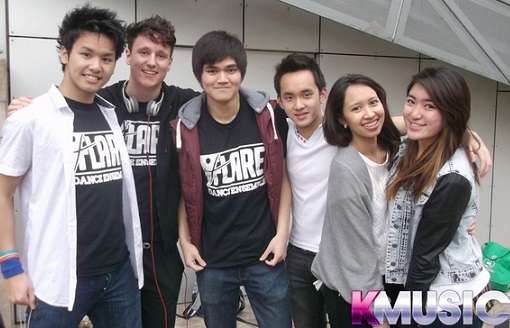 Other performances included covers by Sprinkle Girls, Simplistic Jenny, Athena for the songs Jay Park’s ‘I Just Want to Know Your Name‘, Girls’ Generation’s ‘I Got a Boy’, 2NE1’s I Love You, VIXX’s ‘Hyde’ and KARA’s ‘Pandora’. 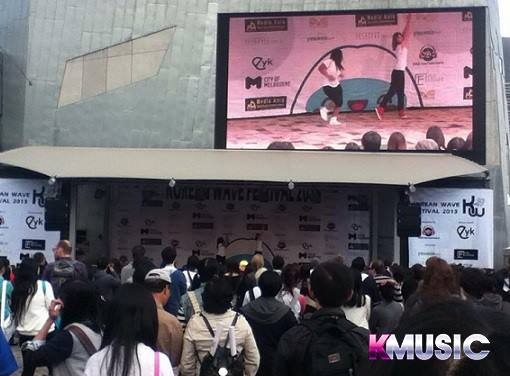 Some lucky fans were even able to get a glimpse of Eat Your Kimchi’s Simon and Martina and Brown Eyed Girls’ rapper Miryo and even took a photo with KWAVE’s mascot Barami. To hype up the crowd even more, SQ Entertainment gave out double passes to some lucky ‘Nasties’ and raffle ticket prizes sponsored by YESASIA. 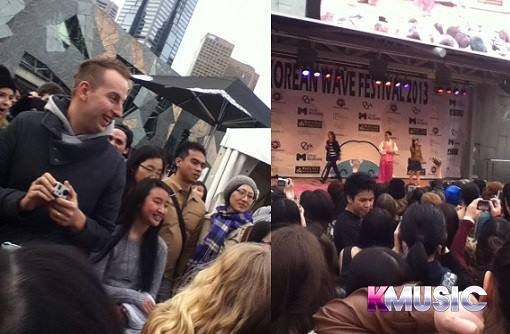 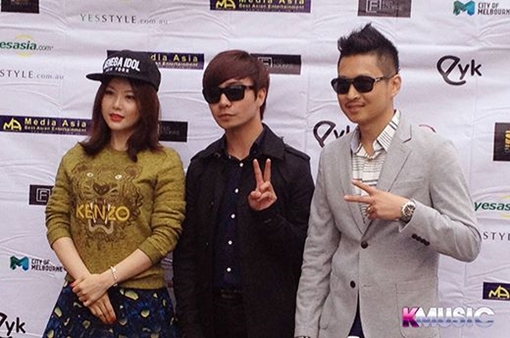 The festival finished off with a DJ Schedule, Brown Eyed Girl’s official DJ bringing in some awesome K-Pop remixes and a performance by KWAVE 2013’s MC Jenna and Cecilia, finishing off the day with style. OfficiallyKmusic would like to thank SQ Entertainment for inviting us to cover the KWAVE Festival!