Min Shares a Backstage Group Shot of the ’91 line

Min Shares a Backstage Group Shot of the ’91 line

On the 16th, at the ‘2013 Korean Music Wave In Bangkok‘ concert, the ’91 line gathered together for a snapshot backstage. 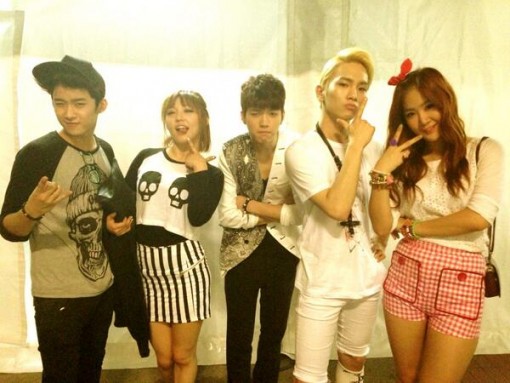 “Thailand backstage-!!!”, Min shared on her Twitter along with a group shot of the ’91 line which included: F.T. Island‘s Jaejin, miss A‘s Min, INFINITE‘s Woohyun, SHINee‘s Key. Not only this but as a bonus, they had a ’92er in the group shot, along with SISTAR‘s Soyu.