Mind U will be making a comeback in November

Mind U will be making a comeback in November

Talented duo Mind U (formerly known as Acouvre) have dropped the first teaser image for their comeback.

Mind U is made up of vocalists Godak and Jaehee and they will be returning with their first mini album to be called ‘Dear’.  The mini-album is scheduled for release on November 3.

In the teaser image, the members are dressed identically in white shirts and black trousers and are pictured sitting in a window seat bathed in sunlight with their eyes closed.  The image gives off a subdued, relaxed and romantic vibe. 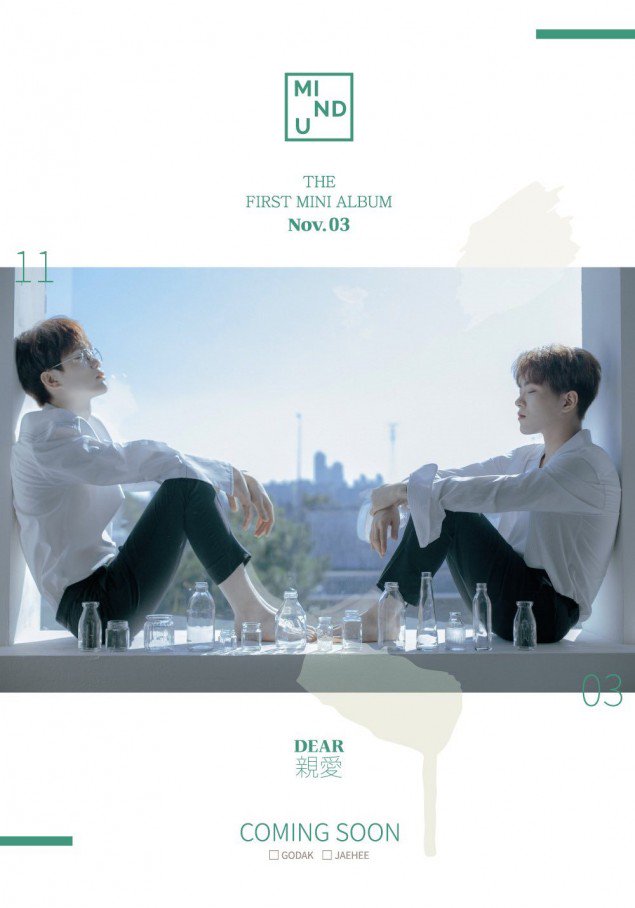 From the looks of the image, we could be expecting a romantic ballad.

Mind U‘s mini-album ‘Dear‘ will be released on November 3.

What do you think of the teaser image from Mind U?  Are you looking forward to hearing their new material?  Let us know in the comments below.