Miss A’s Min And G.Soul Confirmed To have Broken Up

Miss A’s Min And G.Soul Confirmed To have Broken Up 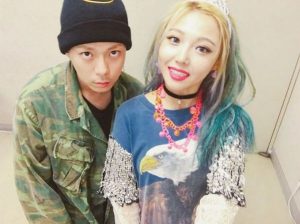 The two had initially grown close as label mates and had gone public with their relationship last November. However, after 6 months of dating, JYP Entertainment has confirmed that Miss A’s Min and G.Soul have decided to end their relationship and continue on as friends.

It was recently confirmed that G.Soul will soon be enlisting in the military, however, no confirmed date has been set. Min is currently participating in the Korean musical, ‘Boys over Flowers,’ which is the adaptation of the popular Japanese manga series.

Best of luck to the both of them!