MOMOLAND deliver with a ‘Thumbs Up’ in comeback MV! 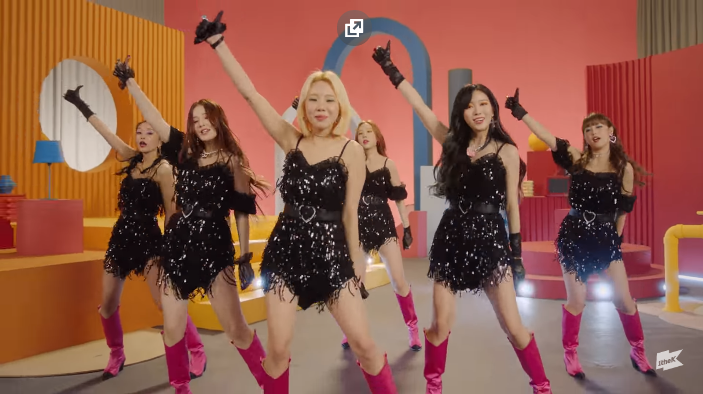 MOMOLAND deliver with a ‘Thumbs Up’ in comeback MV!

On December 30th, MOMOLAND came back with their MV for single ‘Thumbs Up’. Check it out below!

The song is incredibly catchy with its upbeat nature. Following, the MV is a colourful one with the members acting as a delivery service, the Momo Express. They strive to deliver to any place, wherever, whenever, even to the 82nd floor of a building with no stairs and even to the moon. Popular cartoon character, Pororo, even makes an appearance in the MV receiving a package and joining in on the dance.

The group is dressed between outfits from a black sparkly dress with pink boots to showcase the catchy choreography, the red and yellow delivery uniform, and gorgeous gowns that show off their beauty.

This is the group’s first comeback as 6 members after the departure of members, Yeonwoo, Taeha and Daisy.

The single album contains ‘Thumbs Up’, an English version of the track, a remixed version (which both sound very good) , and the instrumental version.

Have you watched MOMOLAND‘s new MV? Let us know in the comments below!

Scroll for more
Tap
Kim Jaehwan releases and wants time in ‘The Time I Need’ MV!
SF9 say they are the ‘Good Guy’ with new music video release!
Scroll