Momoland’s fifth mini album ‘Show Me’ schedule has been released!

Momoland’s fifth mini album ‘Show Me’ schedule has been released!

Momoland is preparing for their next comeback with their fifth mini album called ‘Show Me’. Starting from tomorrow and everyday onwards there will be something new to be released! 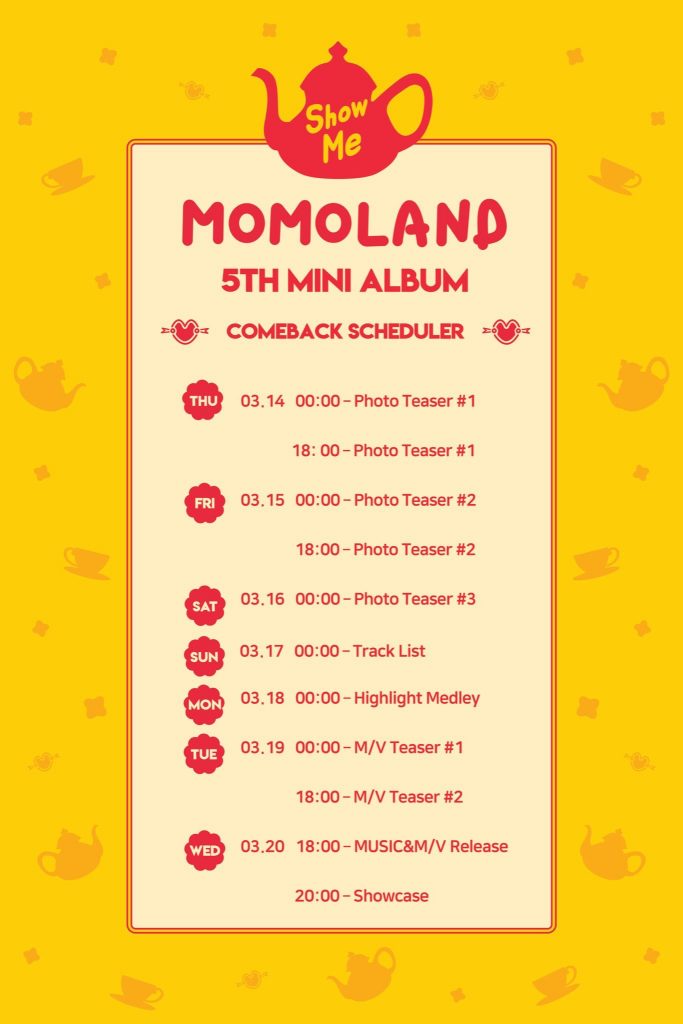 Are you excited for Momolands album and next comeback? Let us know in the comments below.