MONSTA X are returning to Europe and it is gonna be huge!

MONSTA X are returning to Europe and it is gonna be huge!

MONSTA X will make their way to Europe!

Monbebes, the fans of MONSTA X, are overjoyed upon hearing the news: MONSTA X are returning to Europe this June! The group wrapped up their first tour visit to Europe last year with a big success and fans wanted to see them again. In just a few months, the opportunity will come and we know it will be a tour packed with awesomeness!

The boys debuted in 2015 and very quickly gathered a big fandom. They have released many songs that captured the hearts of fans, we can name a few: ‘Shine forever‘, ‘All in‘, ‘Beautiful‘ or their latest Korean release ‘Dramarama‘. A note to their self-cam versions is also needed, we will refer to their latest song ‘Tropical night‘ which has been completely filmed by the members themselves, just as the others self-fam MVs. Many fans know it, but not only the upbeat songs make you fall in love with the group, the MVs themselves has its own magic to it as well as a majority of them makes you think twice and re-watch (just as above mentioned song ‘Dramarama‘). Their fresh and addicting songs, talented members and breath-taking choreography are enough to consider going to see the boys in three newly announced stops in their European tour. We are sure they will also perform some new songs as Monsta X are to make a comeback this month as well!

You will be able to see them on: 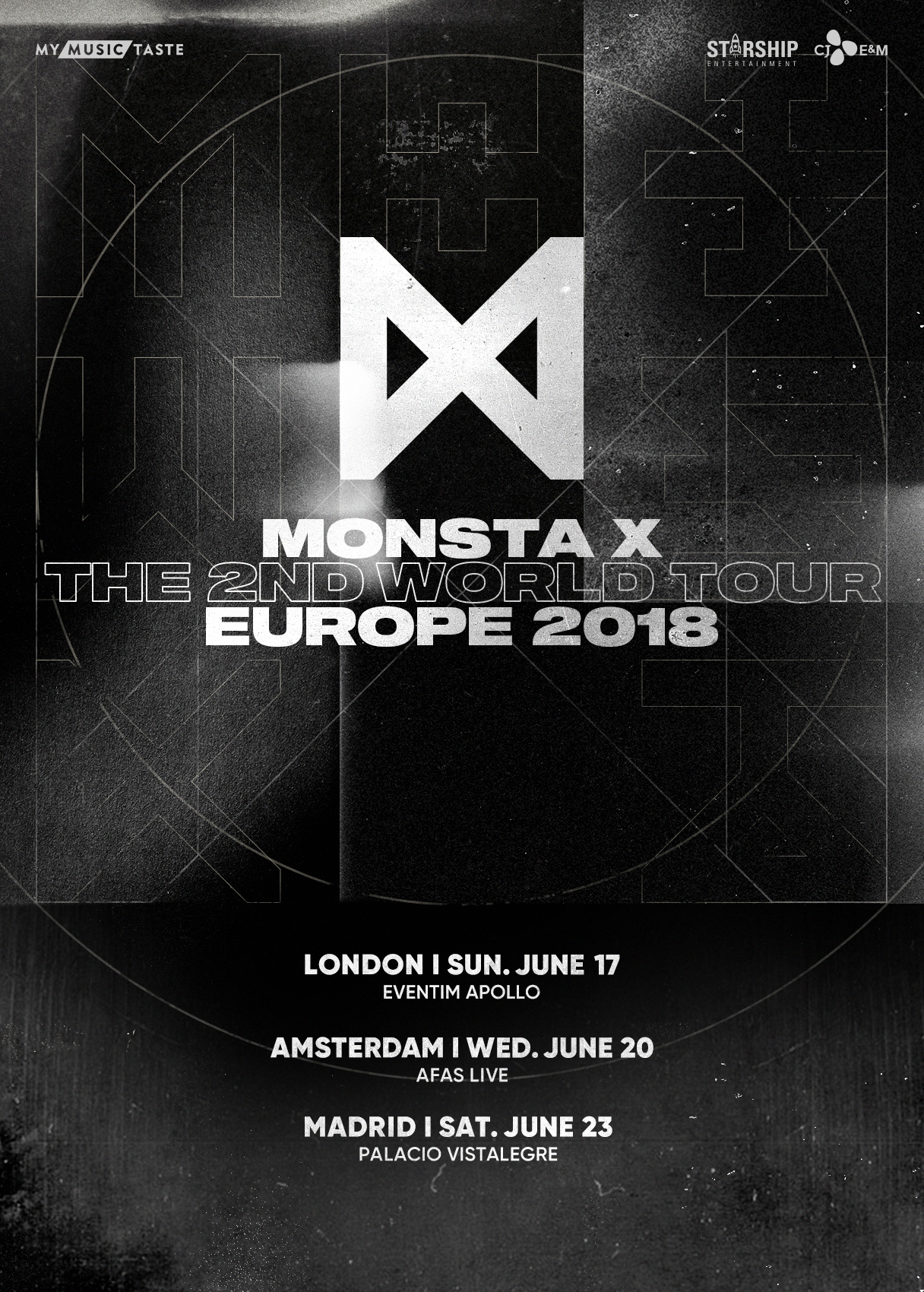 Mark your calendars and stay close because we will be bringing you more information about this tour soon! The tour is in the hands of My Music Taste, so if you want to see MONSTA X in your city, visit their webpage and vote to bring Jooheon, Shownu, Kihyun, Hyungwon, Wonho, Minhyuk, and I.M closer to you.

Scroll for more
Tap
MXM FANMEETING IN SINGAPORE 2018 ticket information that you need to know
K-POP World Festival Is back again in Melbourne for 2018!
Scroll
Loading Comments...