MONSTA X are coming down under to Australia for their third World Tour!

MONSTA X are coming down under to Australia for their third World Tour!

Starship Entertainment’s Monsta X is officially coming down under for the first time as they have just dropped dates and locations for their upcoming world tour ‘We Are Here’ on all their social media platforms! 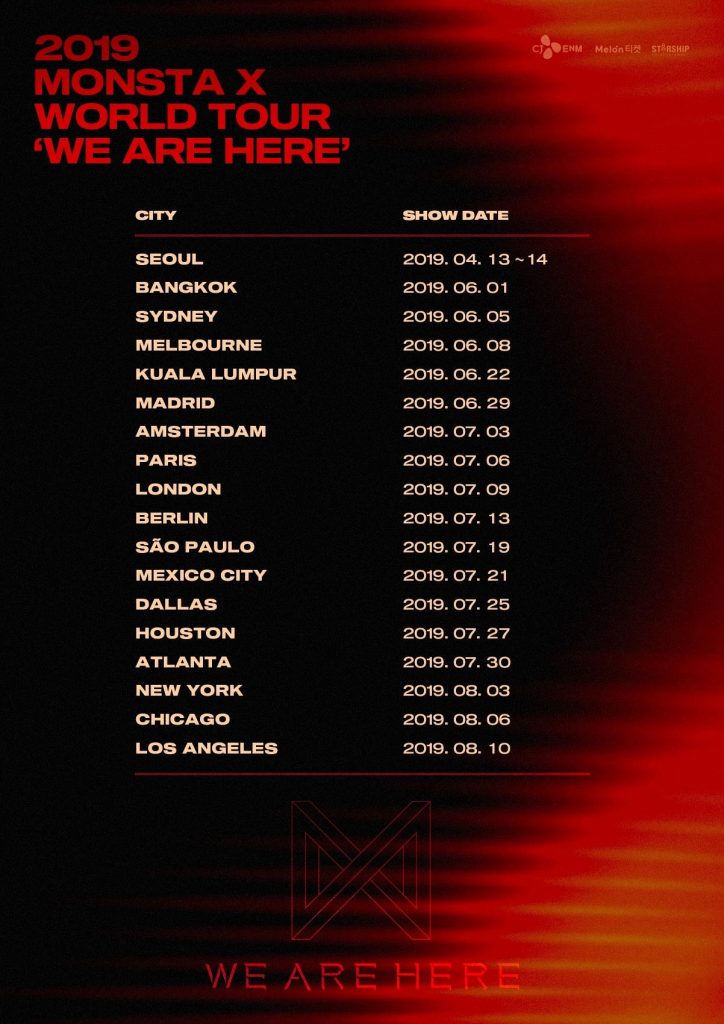 This will mark the third world tour for Monsta X. Their first world tour was in 2017 and it was called ‘Beautiful’, followed by their second world tour ‘The Connect’ in 2018. They have recently dropped their latest album ‘Take.2 We Are Here’ that you can read about here, and also released their new MV for their title track Alligator, that you can watch and read more about here!

Will you be attending their upcoming world tour ‘We Are Here’? What’s your favourite song on their new album? Let us know in the comments below!