MONSTA X Is ‘Fighting’ Back In New Music Video!

MONSTA X Is ‘Fighting’ Back In New Music Video!

The wait is finally over! After two weeks of teasers, Monsta X has finally made their comeback with their 4th mini-album “The Clan Part2. Guilty“. After a V-app live countdown at 11pm KST, the group then released the official music video for title track, “Fighter” at midnight.

The music video starts off with an intriguing scene of Shownu preparing for a fight and an overhead emergency call in the asylum where Minhyuk and Hyungwon reside. The song’s strong beat shows that “Fighter” is going to be quite an intense ride. 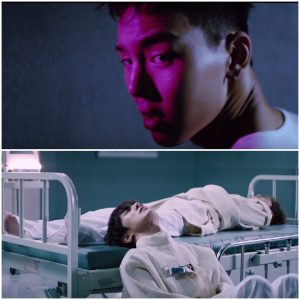 In my view, it seems that the scenes in “Fighter” take place before those of “All In.” From the video, viewers see Kihyun discovering a room full of the mysterious blue flowers that served as an important motif previously. 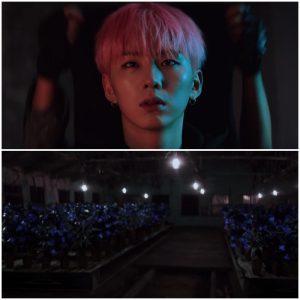 It was interesting to see the different roles of each member preceding the war-like events of “All In“. Wonho was probably the member that stood out the most, since he was depicted to be building a machine- the purpose of which was not revealed. The strange blue liquid from the teasers and Part 1 played a vital role as being the last material needed to complete Wonho’s invention. 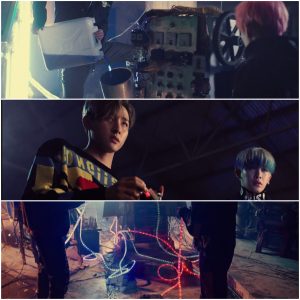 Two unexpected things appeared in this music video, and that was IM surrounded by stuffed teddy bears, and Jooheon’s intense entrance as the doctor in the asylum. But after I got over the initial shock of this, I was then pleasantly surprised with the rapper lines’ parts in the song. In my opinion, IM and Jooheon are one of the strongest rap duos in any idol group. This time they may have outdone themselves. Both their raps have amazing flow and manage to once again compliment each others’ styles. 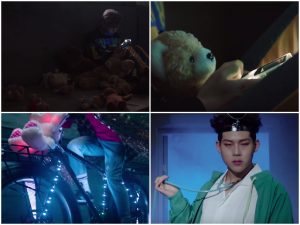 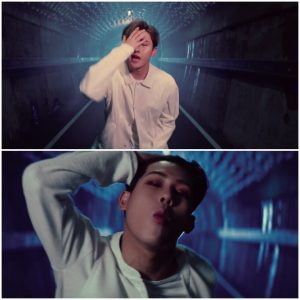 As the video drew to a close, another unexpected scene appeared. Reminiscent of “The Matrix,” red and blue jellies were shown as substitutes for red and blue pills. “Fighter” then concludes with the boys running out of the asylum, having rescued Hyungwon and Minhyuk. The scene then closes with charming individual shots of the members in a sky-like setting. 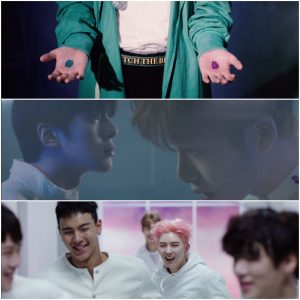 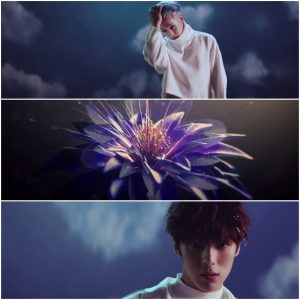 Overall, the music video was quite different to what I expected. Despite some strange elements, it was nowhere nearly as confusing as “All In” was. I think a few things Monbebes would really appreciate are Shownu’s dancing scenes and Wonho crafting the metal “X” in his workshop. You’ll have to watch the video for yourself to understand the appeal of the latter scene! 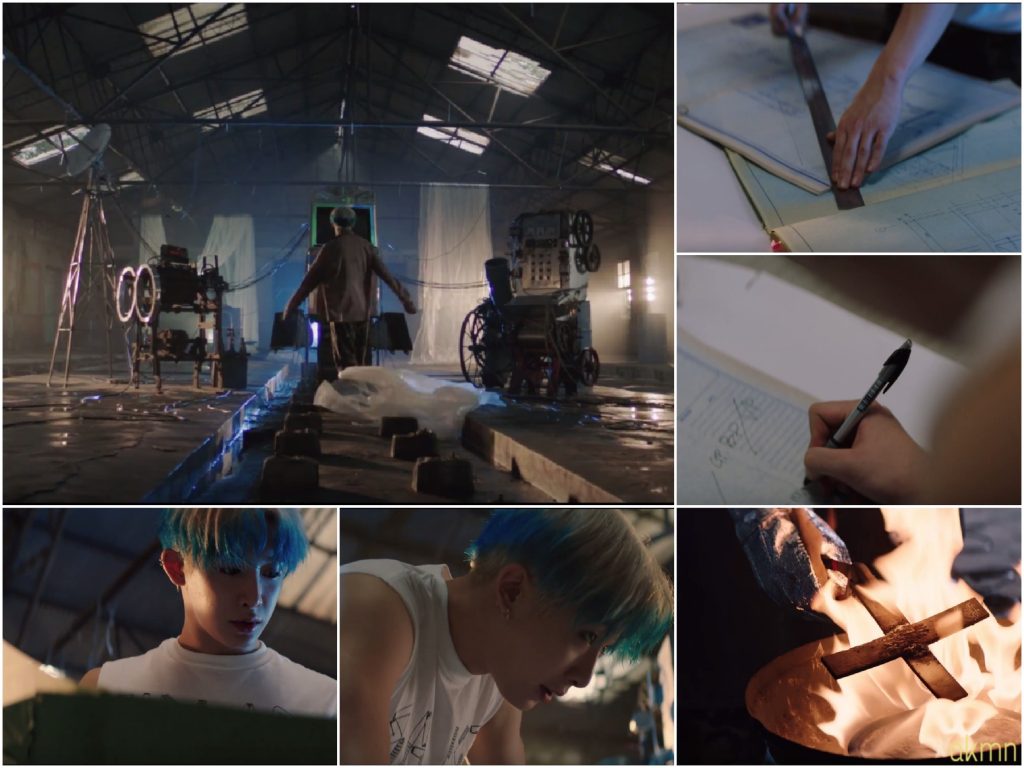 As for the song itself, I wasn’t the biggest fan at first. But after four listens, it’s quite grown on me. It’s definitely an intense song that could be your next workout anthem or even a track to get you ready to tackle the day. I look forward to seeing the live performances and how many new awards Monsta X can earn!

I’m no Monsta X theorist, and I don’t think my review covered even the tip of the iceberg concerning the story line. So I’m leaving it to all you creative Monbebes– what did you think of “Fighter” and what theories have you come up with? Leave your thoughts in the comments!