MONSTA X is back with yet another reality show! “No Exit Broadcast” promises to be more entertaining than anything the group has done before. On February 23rd, a short “Prologue” aired on their V-Live channel, showing how “No Exit Broadcast” came to be, and gave us a quick glimpse into what’s to come.

Each of the members were brought in and asked what kind of variety show they would prefer and the common answer was one where they were allowed to do what they wanted freely. Essentially, that is what this new show will be about and will follow MONSTA X as they go on a camping adventure in the mountains. 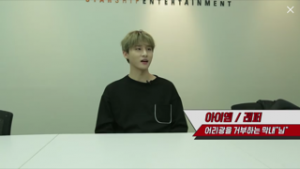 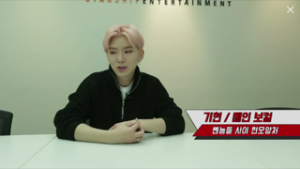 During the short episode, the members were visited at their dorm and given 30 minutes to pack their essentials, after being told that their stylists would not be accompanying them. Wonho then joked that he’d have to travel to a salon everyday. He also tried to get the group out of the show by using a Starship variety coupon they had received, but he was quickly turned down. While Shownu only cared to pack underwear, and Wonho grabbed a pillow and speakers,  I.M opted for no luggage saying that he regards his body as his only luggage. 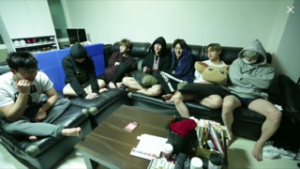 From the quick glimpses, “No Exit Broadcast” is not only going to bring laughter, but also see the group tackle activities they haven’t done before.

Are you ready for MONSTA X’s new show? Let us know in the comments!

Stay with Officially KMusic as we bring you the latest news in Korean entertainment.