MONSTA X have just released a new comeback schedule in time for their upcoming comeback. They will be making their long-awaited comeback on October 22nd with their 2nd album ‘Take.1: Are You There?‘. They have also recently released a short video teaser teasing their upcoming return. From October 8th, the group will start to release a series of photos and teasers to get fans excited for their album release at the end of the month.

MONSTA X are currently on their second world tour ‘The Connect‘. They have just performed in Chiba, Japan on their third consecutive day. Their last Korean comeback was on March 26th this year with title track ‘Jealousy‘ and sixth mini album ‘The Connect: Dejavu‘. Fans have been anticipating their Korean comeback since then. 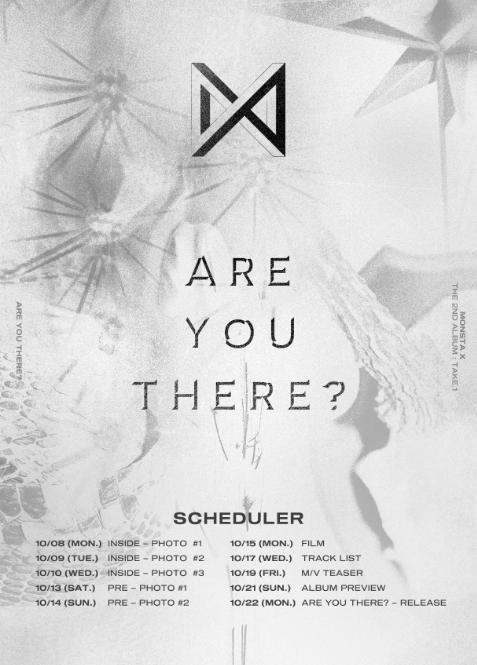 Fans can look forward to their first teaser photo tomorrow.

What do you think of MONSTA X‘s comeback schedule? Are you looking forward to their return on October 22nd? Let us know in the comments below!