On September 28th, MONSTA X released a teaser image for their next comeback. Check it out below! 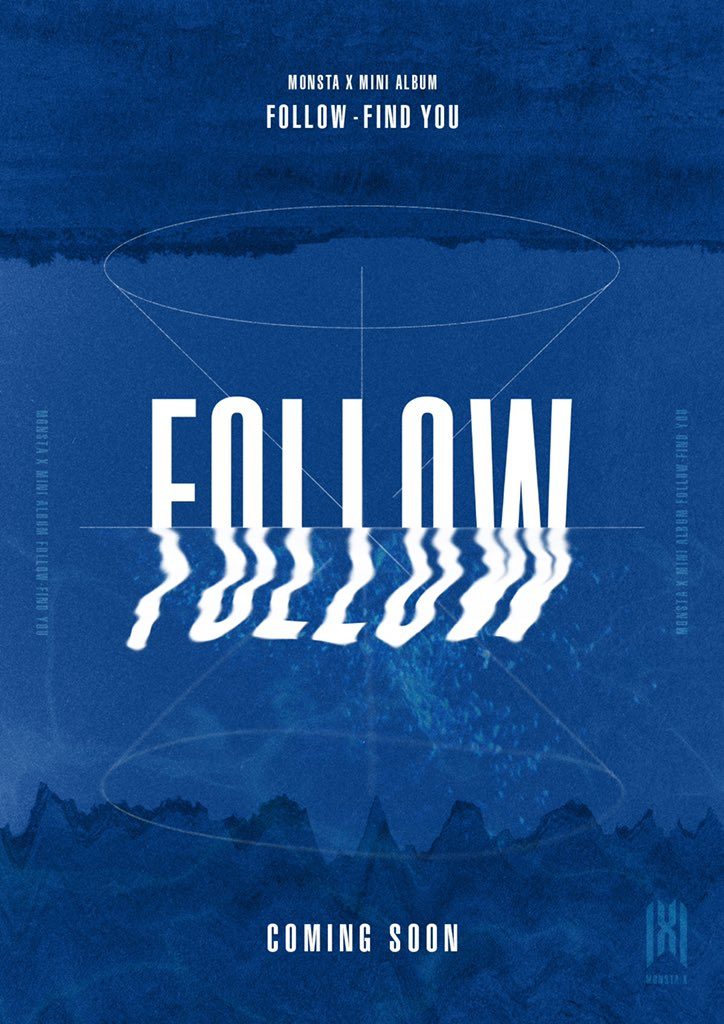 With a gradient blue background, the group has announced their return with a mini album ‘Follow: Find You’. The word ‘Follow‘ is seen with a mirror and rippling effect, adding some mystery into what type of concept the boys’ will try this time. Not much else is known about this comeback other than it will be coming soon.

Fans (Monbebes) are being treated with heaps of content this year with the group currently in the US promoting and performing with their recent English release only released back on September 20th, ‘Love U’.