MONSTA X release track list for ‘Take.1: Are You There?’

MONSTA X release track list for ‘Take.1: Are You There?’

MONSTA X has just released their track list for their upcoming album. They will be making their comeback with their second album ‘Take.1: Are You There?‘ on October 22nd. Following their comeback schedule, they have already released individual, unit, group image teasers, two batches of pre-photos and a special film.

Check out MONSTA X’s track list for ‘Take.1: Are You There?’ below! 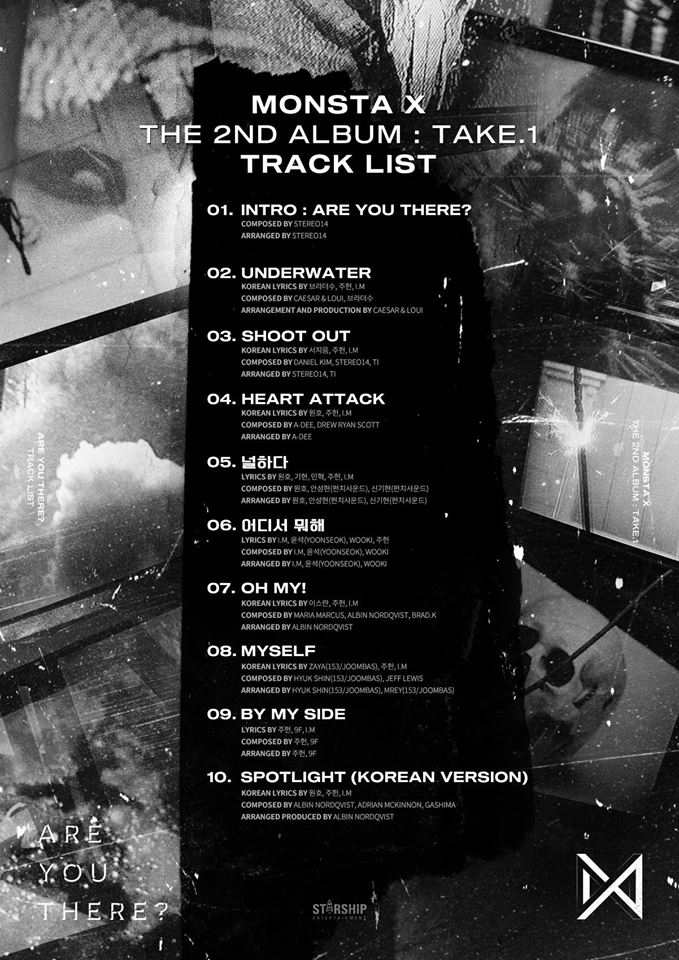 The album contains ten songs in total. Fans have been ecstatic to discover that we would finally be hearing songs that the members took part in writing and composing. For example, members Kihyun and Minhyuk participated in writing the lyrics for the fifth track. Furthermore, the sixth track is composed, written and arranged by maknae I.M. This is his first composition and arrangement for a MONSTA X album, so fans are extra excited to hear this. We will also be hearing a Korean version of ‘Spotlight‘, which had originally appeared on their Japanese album.

What do you think of this track list? Let us know in the comments below!