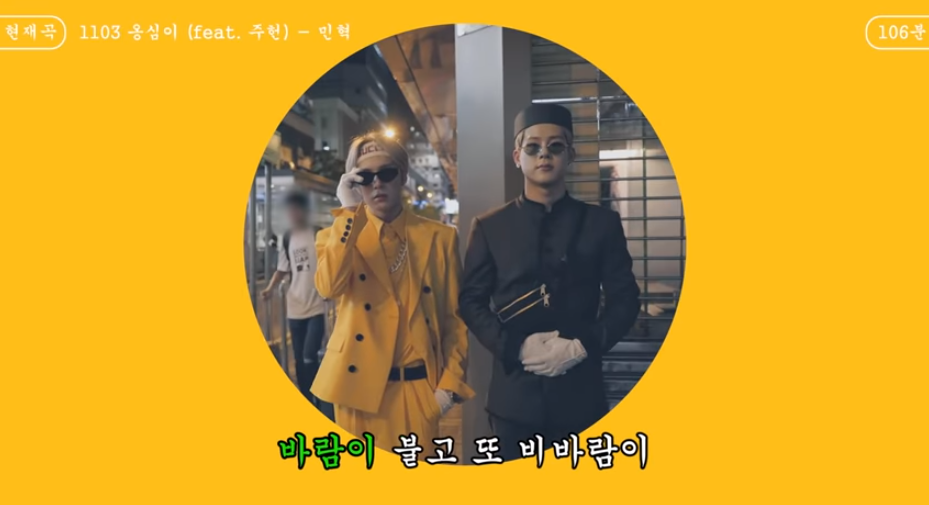 The song shows a different side to both members but the music video shows a somewhat dorky and comedic act that fans are familiar with!

The music video is extremely fun to watch and listen to! It seems like the song mainly is a mixture of trot, a Korean music genre and EDM. The unusual combination mixes nicely to give a song full of energy and excitement.

The music video is set out to look like the screen of a karaoke machine, setting the mood to be fun and light. It seems like the music video was shot in Hong Kong, and the two members film in several locations in their eye catching attire. Minhyuk‘s full yellow outfit makes him stand out in Hong Kong’s night. The two play around and dance in different areas making viewers laugh as they do so.

Minhyuk was able to show off his charms and proved he was able to pull off different music genres.

What did you think of this fun-filled music video? Tell us in the comments below!