For those who are willing to travel to Rio de Janeiro to watch the famous festival “Music Bank World Tour” featuring SHINee, MBLAQ, B.A.P, Infinite, CNBLUE, Ailee and M.I.B, check out the tickets prices below. 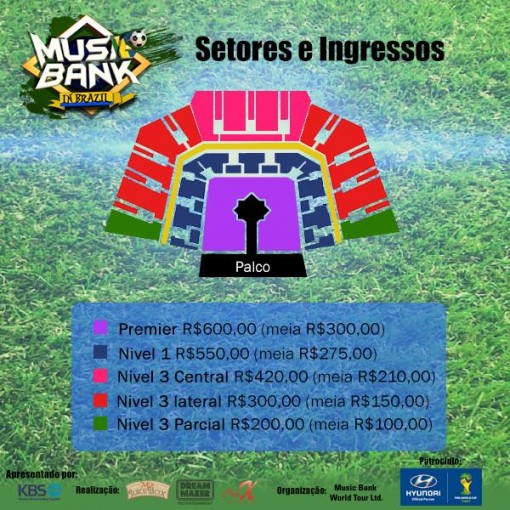 Will you attend this amazing festival?