On October 31st, MXM released their track list for their upcoming comeback ‘One More‘. It will be released on November 7th at 6pm KST. 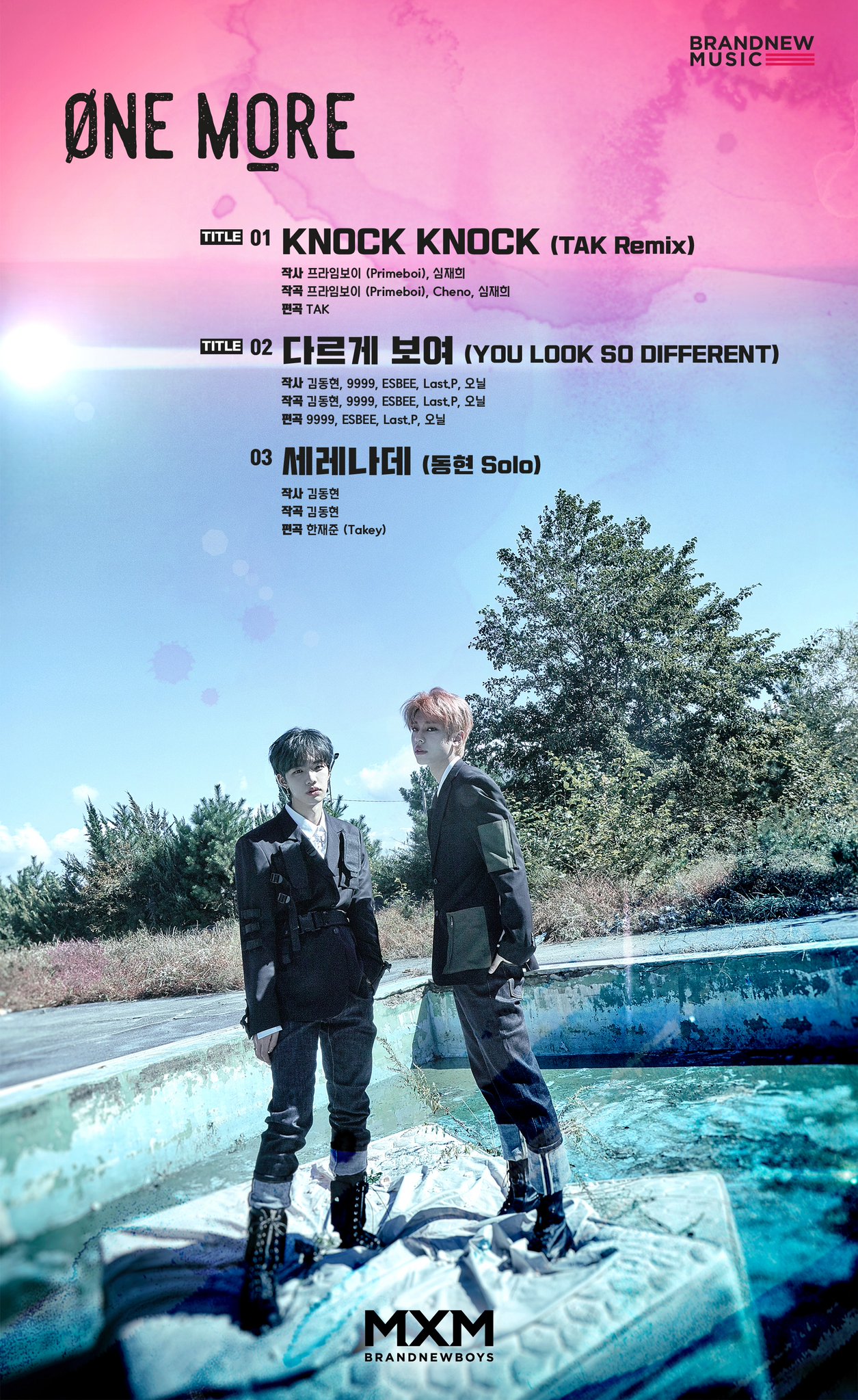 ‘One More‘ contains three tracks. Similar to their previous comeback a few months ago, they will have two title tracks again. This time, they are ‘Knock Knock (TAK Remix)‘ and ‘You Look So Different‘. The last track is a solo song by member Donghyun. The image used in the background is a picture of the duo standing on top of a rug on an platform. It is located in the middle of an empty ground. They are surrounded by a forest. At the top of the image, there is a pretty pink paint splash.

What do you think of MXM‘s track list for ‘One More‘? Let us know in the comments below.