N.Flying will be coming back! The group posted an image of their title poster which revealed the name of their release.

The album is titled ‘봄이 부시게‘ which can be translated into ‘Spring is Dazzling‘. The album is part of the group’s third line up of their Fly High Project.

It will be released on Wednesday the 24th of April at 6PM KST.

Check out the title poster below! 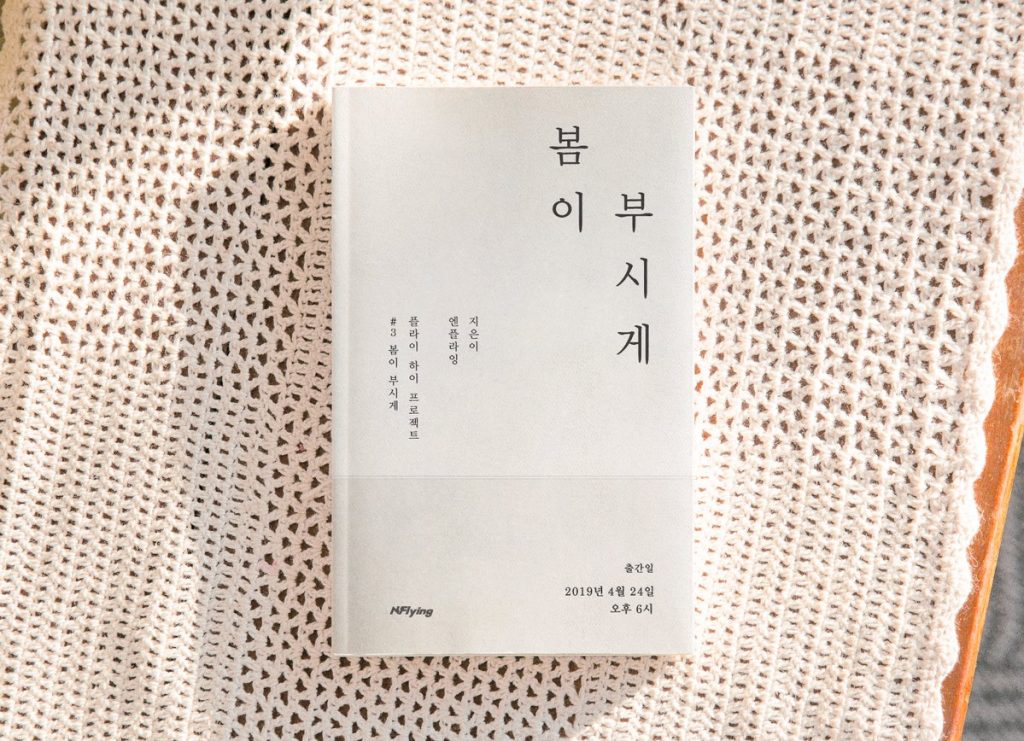 The image shows the title on the front of a book. The book is very plain and simple but very calming and beautiful. The sunlight gives it a nice glow, creating a warm mood befitting of spring.

N.Flying have also released a special limited edition album for ‘Rooftop‘ which is the second release in their Fly High Project. Check it out below.

Fans are excited to see what N.Flying have prepared for them!