N.Flying asks ‘How Are You?’ for new image teaser!

N.Flying asks ‘How Are You?’ for new image teaser!

As many knows, N.Flying had recently announced their comeback date. Now, it appears that they have begun teasing for it. So, check it out below! 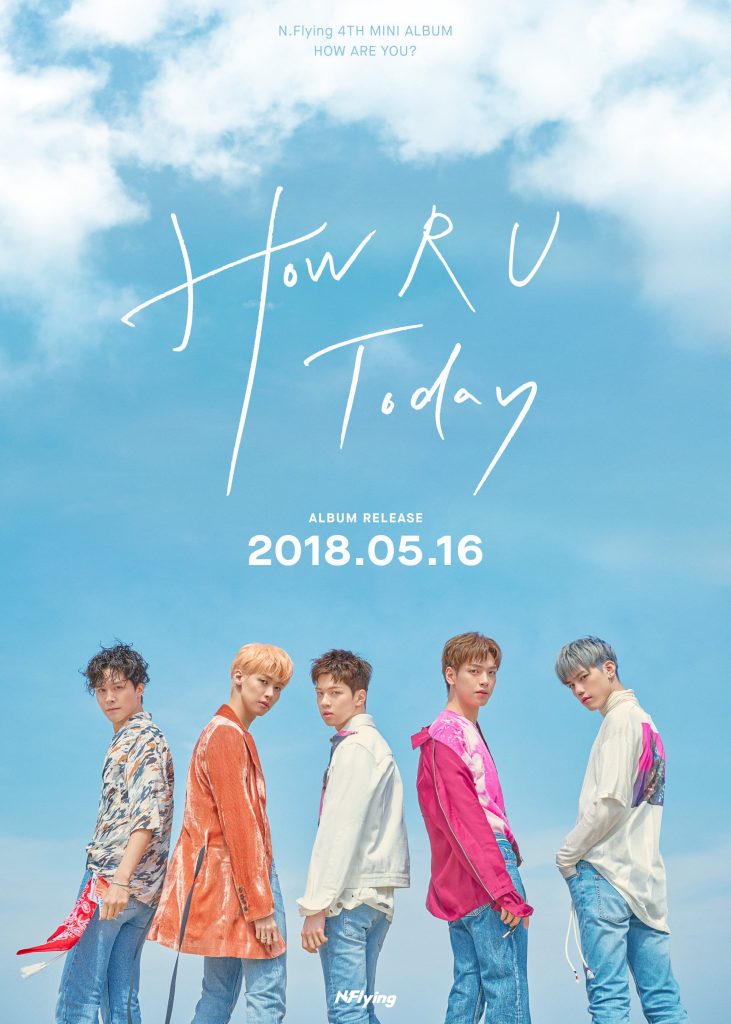 From the image, every colour used for the outfit works nicely with the beautiful clear blue sky. The way the colours contrasts with one another helps bring out the beauty in each member. In particular, it looks like they are embracing the Summer vibes and may be returning with a fun beachy sound. Their facial expressions look rather serious and fierce as they all pose nicely for the camera. It definitely is a concept that fans can look forward to!

They will be returning with their fourth mini album, ‘How Are You?‘. It will be released on May 16th. Are you excited? Let us know in the comments below!

Scroll for more
Tap
Wanna One shows you their ‘UNDIVIDED’ attention in latest image teasers
Ben is ‘Love,ing’ someone in latest MV
Scroll