N.Flying reveals the tracklist and highlight medley for ‘The Hottest’

N.Flying reveals the tracklist and highlight medley for ‘The Hottest’

N.Flying has dropped the tracklist and highlight medley for their upcoming mini album, ‘The Hottest‘. So, check that out below! 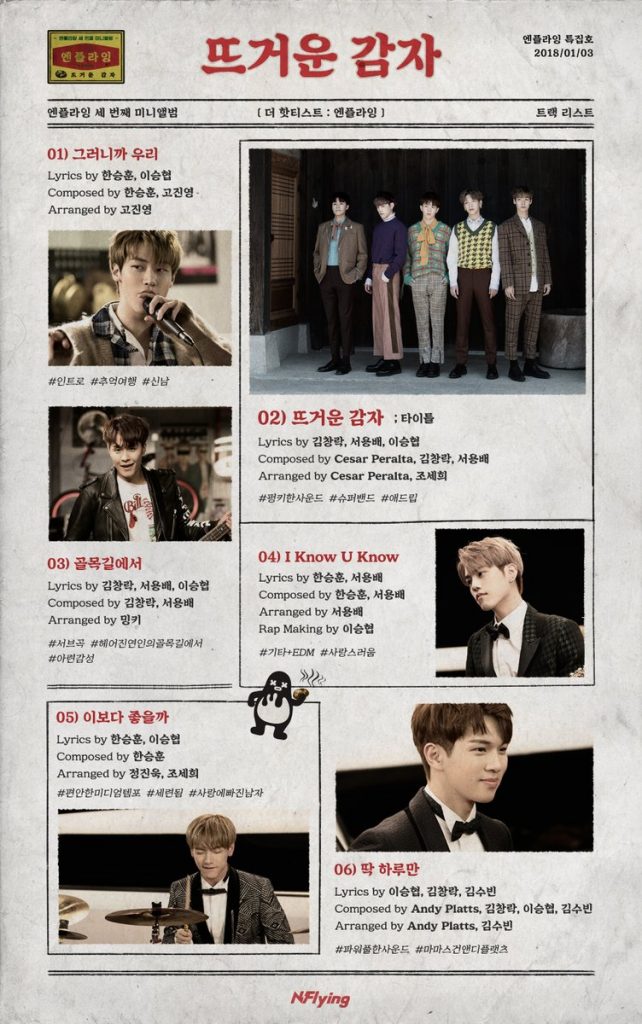 This album will have a total of six tracks including the title track, ‘Hot Potato‘, ‘So We‘, ‘In The Alleyway‘, ‘I Know U Know‘, ‘Would Be Better‘ and ‘Just One Day‘.

The highlight medley gives fans a chance to hear all the tracks that is part of this album. Most of the track is quite energetic to listen to and really makes you want to dance. One thing for sure is that it works nicely with the vocals, making it more enjoyable to listen to. For the ones that are much slower, it is very soothing to listen to, making it quite relaxing.

Meanwhile, N.Flying will make their return with their third mini album on January 3rd. Which track did you like the most? Let us know in the comments below!