It was previously reported that Actor Nam Goong Min would be making a special appearance on “Doctors.” Read about it here.

On July 31st, the staff of SBS‘s “Doctors” disclosed, “In episode 13, which will air on August 1st, Nam Goong Min appeared and portrayed the role of a young single father raising two sons. He seeks out a neurosurgeon out of concern due to the fact that his son wasn’t feeling well.”

Nam Goong Min‘s upcoming cameo role is anticipated by many fans as the actor has never taken up on a role of a father before.

In the photo cuts from the filming, the actor is seen wearing a dress shirt and gives off a warm and paternal vibe as he watches his sons with the same kind smile that also captivated the hearts of many viewers in his latest drama: “Dear Fair Lady Kong Shim.” In the pictures, he displays the appearance of a real father who jokes around with his kids whilst also affectionately watching them. 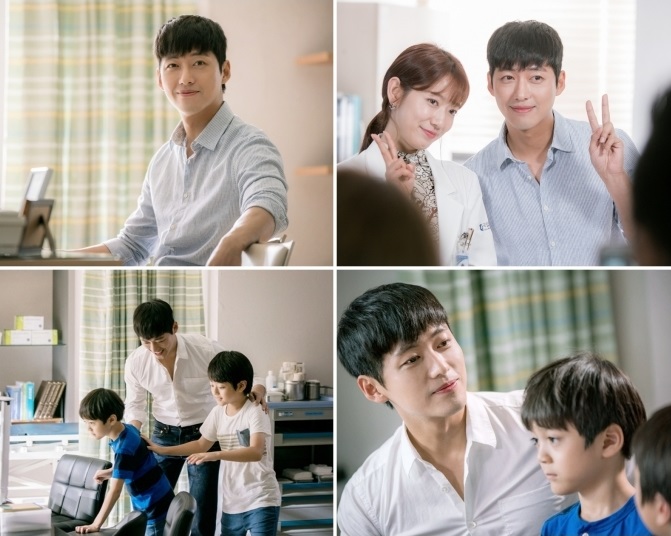 The actor also uploaded a picture with Actress Park Shin Hye on the set of “Doctors” onto his Instagram account. Nam Goong Min and Park Shin Hye is seen holding up the v-sign gestures as they pose together for a shot. They are seen showing off the welcoming setting on set and raising expectations for their teamwork.

Along with this image, Nam Goong Min followed it up with a caption saying, “I went to the neurosurgeon because I was sick, but the doctor was beautiful, so I had to take a photo with her.” 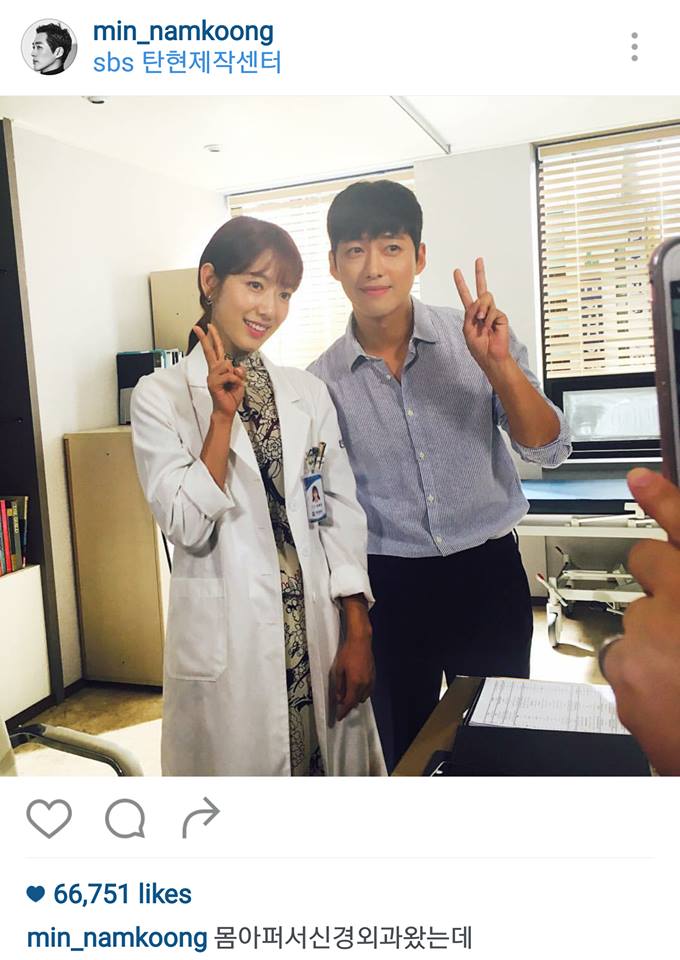 Let us know if you will be tuning in to watch Nam Goong Min‘s episode or not in the comments below. Stay tuned with Officially KMusic as we bring you the latest news from Korean Entertainment!