Nam Taehyun is back on the scene and this time he is bringing his band South Club to Europe! They are coming in April and plan to visit four cities in total.

The band debuted last year and they gathered a lot of attention from fans in Asia as well as overseas. Their first released MV ‘Hug me‘ has more than a million views on YouTube now and is steadily growing more in popularity.

Let´s mark the below dates for their 1st fanmeeting in Europe as we believe it is going to be a show not to miss out on! 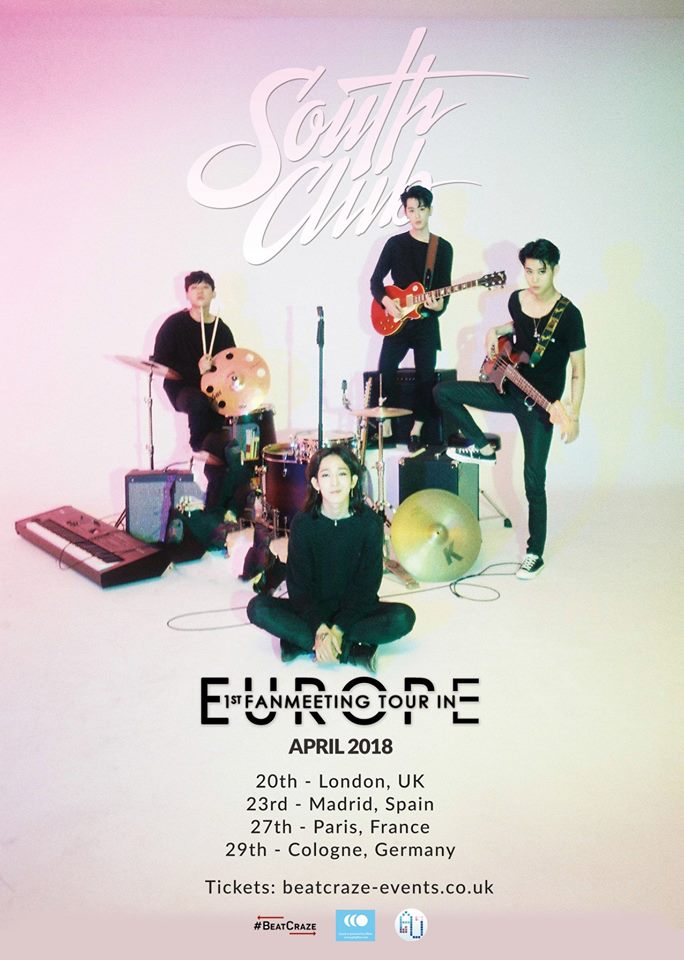 The tickets for the concerts are going on sale on Friday, February 2nd at 9AM (local time). You can purchase them at BeatCraze webpage and choose from the below categories.

Early Entry: £50
Includes: entry to the venue (after VIP ticket holders) and Hi-touch with the band

VIP Silver: £90
Includes: early entry (after VIP Gold), Meet & Greet and photo with the band and other 10 fans

VIP Gold Package: £160
Includes: the earliest entry, Meet & Greet, individual photo and Q&A session where you can ask the band your questions

Be sure to stay tuned to Officially Kmusic for more updates.

Scroll for more
Tap
GOT7 Announced A World Tour Including America and Europe
Teen Top Are Returning To Europe This April, Buy Your Ticket Now
Scroll
Loading Comments...