NCT 127 gets fan excited with a new comeback schedule!

NCT 127 gets fan excited with a new comeback schedule!

NCT 127 has just released a schedule for their upcoming comeback. The group will be releasing their first full-length album ‘Regular-Irregular‘ on October 12th. The album has two versions: #Regular and #Irregular. In total, it has 12 tracks, including an English version of title track ‘Regular‘.

Since the announcement of their comeback, they have already released a highlight medley for each version of the album. They have also released their sixth recording diary on Youtube, in which fans can hear some snippets of their upcoming tracks. 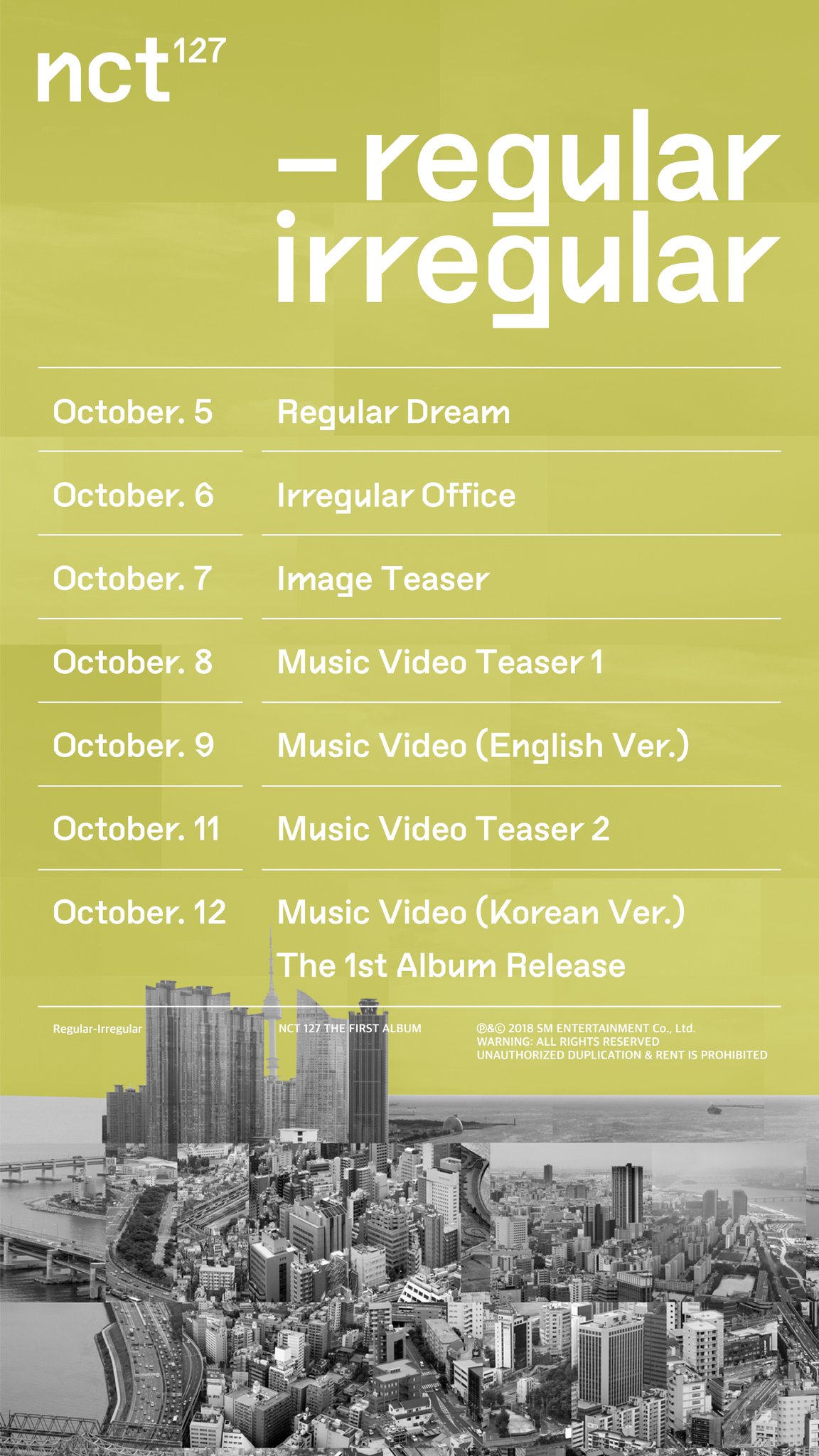 Fans can look forward to new teasers everyday from October 5th, except on the 10th. There will be two music videos for their title track ‘Regular‘: one for the English version and one for the Korean version. The first two teasers, ‘Regular Dream‘ and ‘Irregular Office‘ already sound quite mysterious. This is the vibe that they are going for with this comeback. Judging from the highlight medleys, this album already sounds more intense than their last comeback with ‘Touch‘.

What do you think of NCT 127‘s new comeback schedule? Are you anticipating their comeback on October 12th? Let us know in the comments below!

Scroll for more
Tap
Babylon gives you a preview of his upcoming album, ‘CAELO’
IU will be making her comeback soon!
Scroll
Loading Comments...