On May 12th, NCT 127 released a group teaser image and their comeback schedule for ‘Superhuman‘. Check them out below! 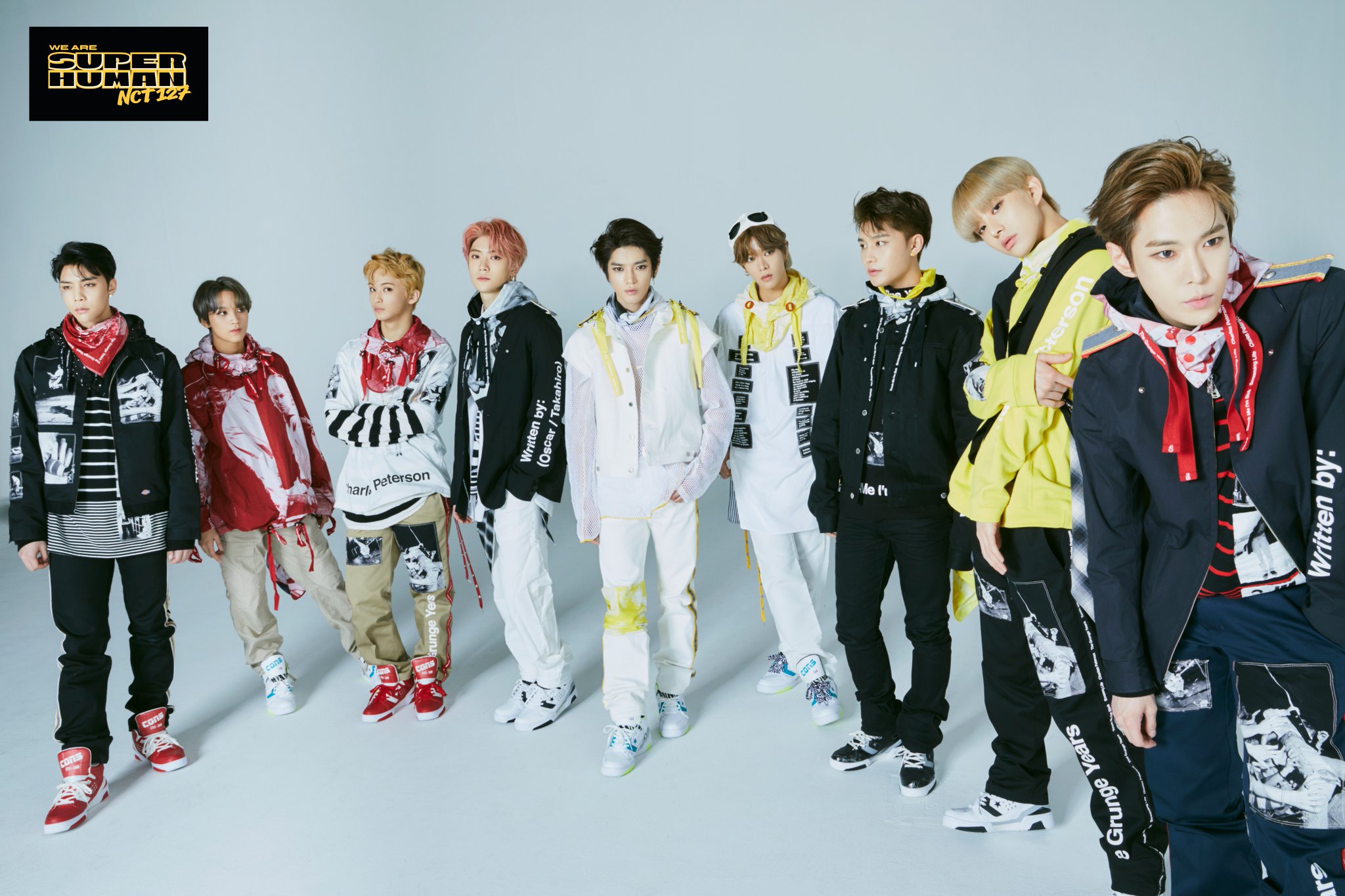 The members are dressed in trendy street-style clothes that look like they came from a decade ago. 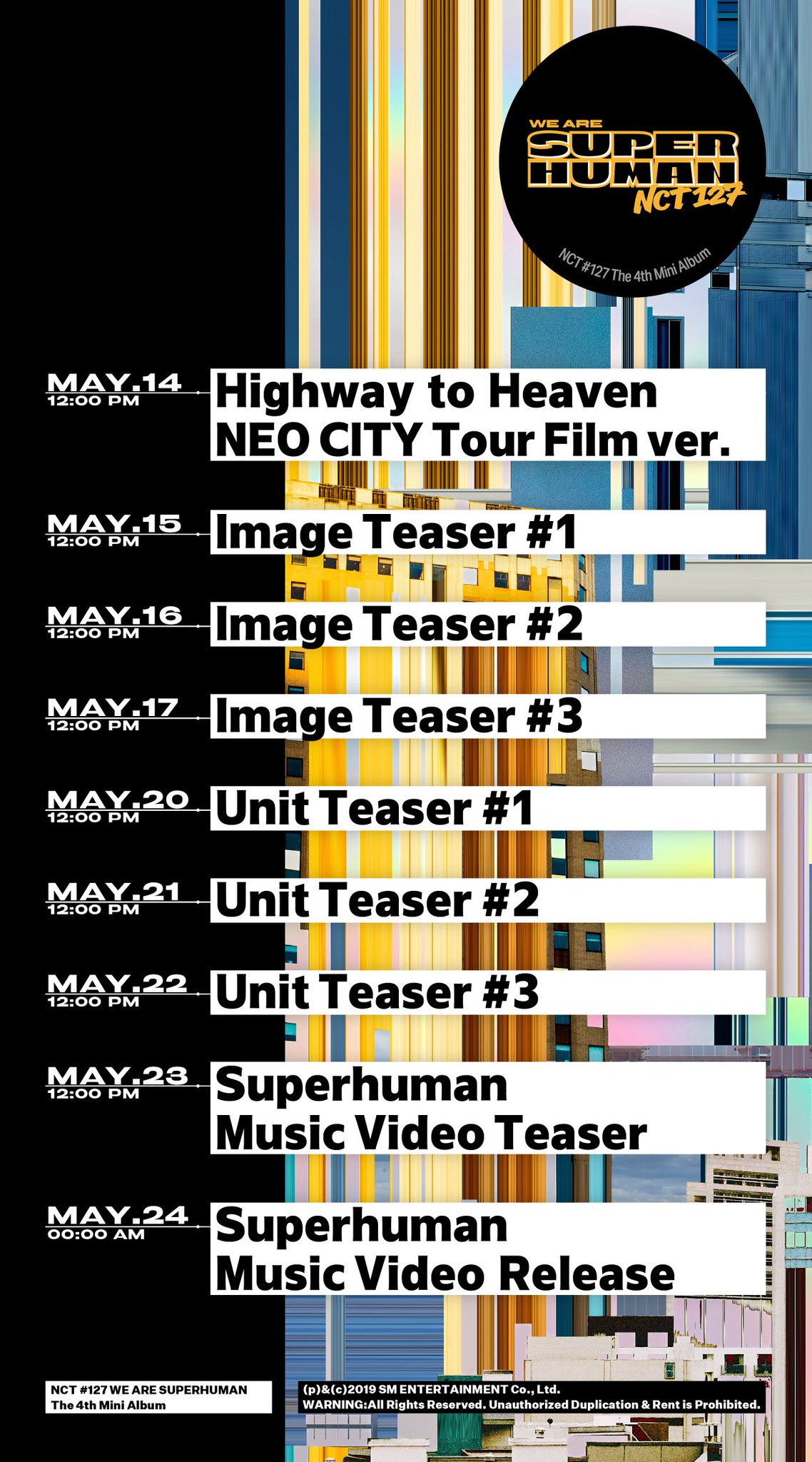 The group will soon release a ‘Highway to Heaven’ film version of their ‘NEO CITY Tour‘, three image teasers, three unit teasers, an MV teaser for ‘Superhuman‘ and finally the MV itself.

NCT 127 is set to make their comeback on May 24th with a six-track mini album titled ‘Superhuman‘. They previously performed their first comeback stage on ‘Good Morning America‘ in New York City on April 18th. It was essentially a mash-up with one of their biggest hits ‘Cherry Bomb‘.

What do you think about NCT 127‘s group image teaser and comeback schedule for ‘Superhuman‘? Let us know in the comments below.