Everyone has done a Netflix binge at least once, whether it was the recent addition of 2016 hit ‘Descendants of The Sun‘, or one of the multiple Netflix originals. Well, Kdrama fans are getting an extra special treat in 2018, as Netflix is producing it’s first ever Kdrama original series! 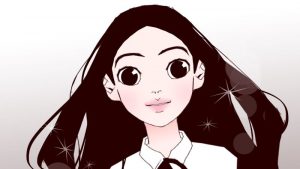 One of Korea‘s biggest Webtoons is becoming a Netflix original. The Webtoon, ‘Love Alarm‘, is about the story of an unknown developer releasing an app that will tell the user if someone within 10 meters has romantic feelings for them. This greatly disrupts society and creates a gorgeous sci-fi romance. Hidden Sequence is taking control of the production, which is led by Lee Jae Moon– most famously known for the hit series ‘Signal‘. Jae Moon stated:

“We want Love Alarm, the TV series, to exhibit the liveliness and expression of emotions, with visual treatments that will reflect Ms Chon’s vision when she created the story.” 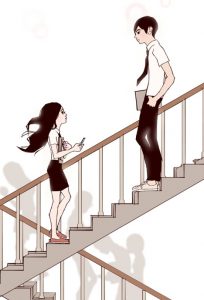 The drama will be a 12 episode series set to be released next year, and is already getting hype with Erik Barmack, Netflix’s VP of International Originals, stating:

“We look forward to transforming this wildly imaginative story into a top-quality drama series for over 86 million Netflix members around the world.”

Needless to say this will open up an entire new dimension to Netflix and help fans of Kdramas all around the world connect more. While it’s still a year ahead, the production will certainly be followed very closely.

What do you think of the first Netflix Original Kdrama?

To get more news on Kdramas such as this and Kpop, stay tuned with Officially Kmusic.

Scroll for more
Tap
Teen Top To Make A Comeback This Year!
SONAMOO Becomes Statues For Latest ‘I Think I Love You’ Teasers
Scroll
Loading Comments...