Henry And SISTAR’s Soyou Team Up For SM STATION With ‘Runnin’ Music Video!

Henry And SISTAR’s Soyou Team Up For SM STATION With ‘Runnin’ Music Video! 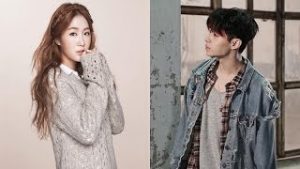 The song is called 우리 둘 (Runnin’). The song portrays capturing the essence of young love.

Here it is for your viewing pleasure:

Give us your thoughts on this new music video from SM Entertainment in the comments below.