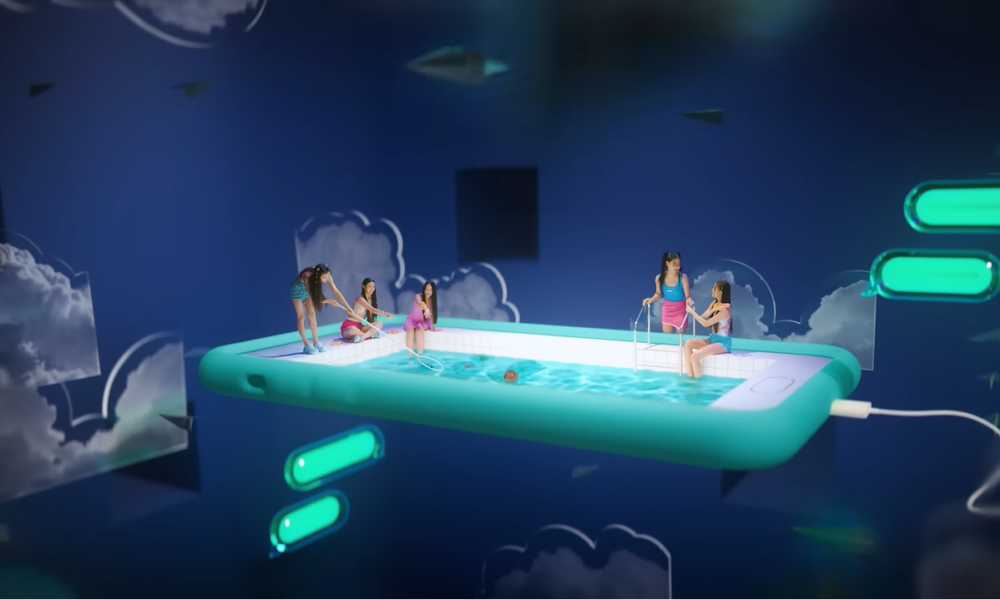 On July 23rd, ADOR‘s first girl group, NewJeans, dropped the intro to their 2nd lead single, ‘Hype Boy’. Surprising everyone with the release of their 1st single, ‘Attention’ on the 22nd, no teasers were released prior to the music drop.

Watching the intro, we see the members texting each other about crushes and who they would like to get set up with. This opens into a scene where they are fishing items out of an unrealistically teal pool. Hanging out in this soothing futuristic set, the video ends with a surprise. Links to unlisted individual member versions of the full music video show up, allowing you to listen to the full song and have wildly different visual experiences.

Check out the intro down below!

ADOR (meaning ‘All Doors One Room’) is a newly formed subsidiary of HYBE Labels. Headed by chief branding officer Min Heejin, she was notably a former art and creative director at SM Entertainment, pioneering the concepts of legendary groups such as Girls’ Generation, f(x), EXO, SHINEE, and NCT. This new group contains five members (Hanni, Minji, Danielle, Haerin, and Hyein) ranging from ages 14-17.

They plan to release three lead singles (‘Attention, ‘Hype Boy’ and ‘Cookie) prior to debut with all having music videos.

NewJeans will debut with their self titled EP on August 1st.

How do you feel about this overload of content prior to their official debut? Let us know in the comments below!