N.Flying To Take On Japan With Their Upcoming Debut Into A New Market

N.Flying To Take On Japan With Their Upcoming Debut Into A New Market

FNC Entertainment’s newest band, N.Flying, is following in the footsteps of their mentors and label mates and heading to Japan for an official debut.

FNC is no stranger to the Japanese market. CNBlue, and Juniel all debuted first in Japan before making a Korean debut. In the case of FT Island, and AOA, they made their Japanese debuts after a debut in Korea and, thus, N.Flying will do the same. But, all FNC artists have always performed in both countries throughout their careers. 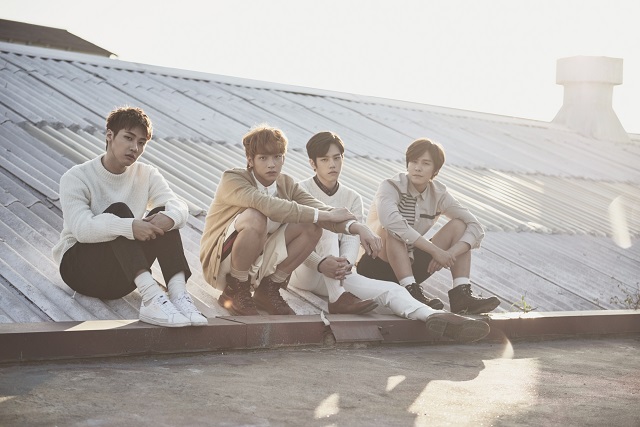 The four member hip-hop rock band, is taking one of their songs, ‘Knock Knock’,  from their newest single, ‘Lonely’, and adding ‘Awesome’ and ‘All In’ to their Japanese debut single set to release February 10, 2016. ‘Awesome’ is their Korean debut song and ‘All In’ is a track from the same album written by N.Flying’s bassist, Kwon KwangJin (who had previously been with CNBlue when they first debuted in Japan but had to leave the band due to personal circumstances and later debuted again with N.Flying).

Just before the main debut, FNC has scheduled a small showcase and a meet & greet for N.Flying on December 14th. This will help get fans excited for the upcoming debut. If you haven’t already checked out their newest single, watch it below.

I am a huge fan of these guys and I can’t wait for their Japanese debut. Are you excited? Let us know!

Scroll for more
Tap
Royal Pirates Are Back And They Are Going To ‘Run Away’ With You
Infinite Release Members’ Individual Teasers For ‘Showtime’!
Scroll
Loading Comments...