NOIR drops the tracklist for ‘TOPGUN’

NOIR drops the tracklist for ‘TOPGUN’

NOIR drops the tracklist for ‘TOPGUN‘. So, check it out below! 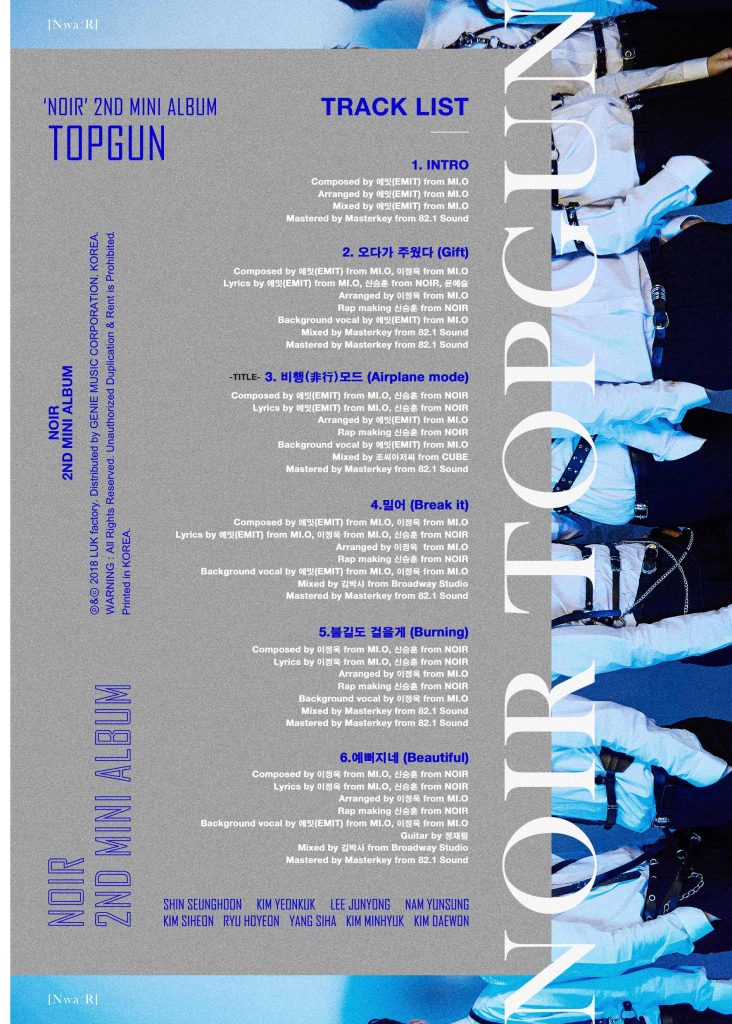 So, this track has a total of six tracks including the title track, ‘Airplane Mode‘, the intro track, ‘Gift‘, ‘Break It‘, ‘Burning‘ and ‘Beautiful‘. It appears that many of the members have participated in writing the lyrics for many of their tracks, as well as the rap parts too. Some of the tracks are also composed by MI.O‘s EMIT, who also did background vocals.

Meanwhile, NOIR will drop this album on October 2nd. Which track are you looking forward to? Let us know in the comments below!

Scroll for more
Tap
BOYSTORY’s Hanyu is first to reveal his video teaser!
Tiffany to release the music video for her upcoming track, ‘Teach You’
Scroll
Loading Comments...