NOIR gets fans excited for their ‘TOPGUN’ comeback with a pack-filled comeback schedule!

NOIR gets fans excited for their ‘TOPGUN’ comeback with a pack-filled comeback schedule!

Yes, that is right! NOIR will be making their first return after making their debut in April this year. They will be returning with their second mini album, ‘TOPGUN‘. To et fans excited, they have revealed the comeback schedule, as well as the group teaser. So, check it out below! 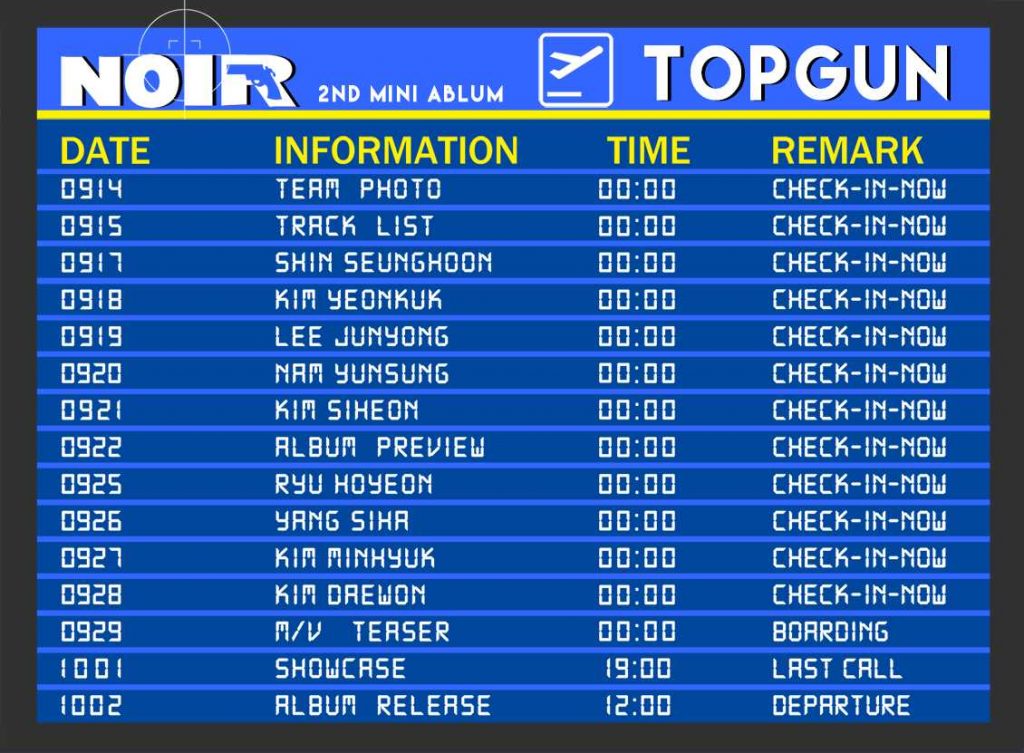 The comeback schedule is set up like an airport board with all the “Check-In-Now” and “Departure“. Even the setting is done nicely with the kind of information you need: date and time! So, they will reveal the group teaser and tracklist on September 14th and 15th. They will reveal the individual teasers from September 17th to the 28th. They will be dropping in the following order of members: Shin Seunghoon, Kim Yeonkuk, Lee Junyong, Nam Yunsung, Kim Siheon, Rye Hoyeon, Yang Siha, Kim Minhyuk and Kim Daewon. Then, they will close the teasers with the album preview MV teaser on September 22nd and 29th. 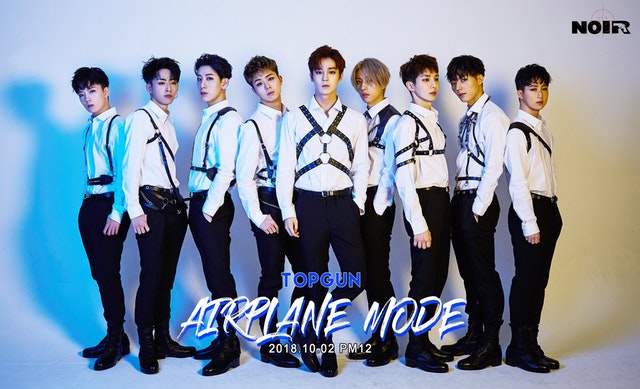 Meanwhile, they have revealed the group teaser. The image showcase the kind of concept they are going for. They definitely all look amazing in the matching black ad white outfits. What makes them stand out even more is the added lighting of blue that helps make their silhouette stand out even more. Furthermore, the wording of their album’s title also fits well with the way they have coloured this image.

NOIR is set to make their hot return on October 2nd. Are you excited? Let us know in the comments below!

Scroll for more
Tap
SMROOKIE Xiao Jun is introduced to us in first episode of ‘Re-born’ and new photoshoot
iKON does the unexpected! They will be returning for the third time this year!
Scroll