Noir is finally making their debut! To get fans excited, they have revealed their debut schedule. So, check it out below! 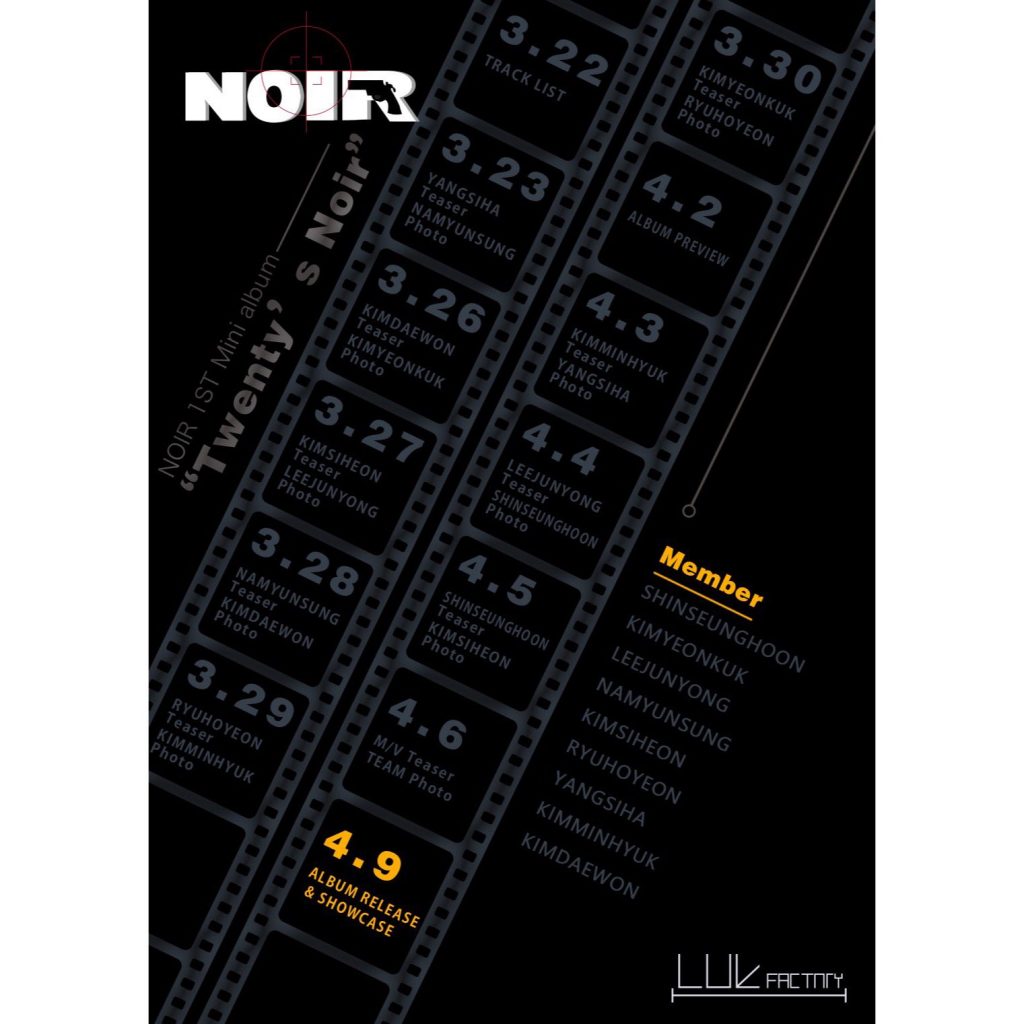 They have revealed the schedule in a special way where the dates are placed into a film. They will begin their teasers with the tracklist on March 22nd followed by their individual teasers from March 23rd to 30th. There will be an album preview on April 2nd with more individual teasers on April 3rd to April 5th. They will finally conclude the teasers with the group image teaser and MV teaser on April 6th!

Noir will finally make their debut with their first mini album, ‘Twenty’s Noir‘ on April 9th. Are you excited? Let us know in the comments below!