Noir continues to tease for their upcoming debut. They have revealed the next two members. So, check it out below! 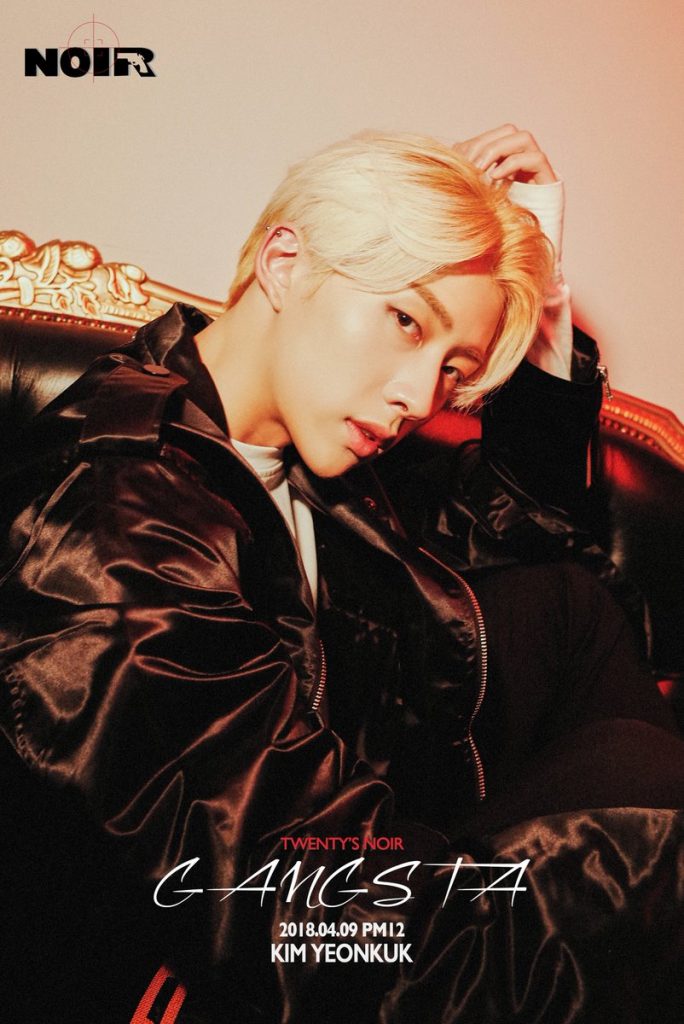 Like the previous teaser, Yeonkuk too is seen with an intense look. He gives the camera a side look that fans can’t resist. He looks amazing in blonde which fits well with the concept of his image. On top of that, his black outfit and gold lining of the chair shows off his great looks.

Kim Daewon is the next member to drop his teaser clip. Once again we spot the same girl from the previous clip. This time, we see a casual Daewon cleaning around the  piano area. It is interesting to see where this story line is going!

Meanwhile, Noir will be debuting with their first mini album, ‘Twenty’s Noir‘ on April 9th. Are you enjoying the teasers? Let us know in the comments below!