Nucksal is making his way to Melbourne for one night only!

Nucksal is making his way to Melbourne for one night only!

Yes, you’ve read that correctly! Rapper Nucksal is coming to perform in Melbourne on August 31st for one night only. The concert, ‘One Night in Hongdae‘, will take place at 10pm at Max Watts Melbourne.

Nucksal was part of a hip hop duo Future Heaven when he made his debut in 2009. He is one of the most popular rappers in the underground music scene. The rapper became notable after he finished in second place on Mnet‘s rap competition show ‘Show Me the Money 6‘. He will appear as a producer on ‘Show Me the Money 7‘. He has also had multiple collaborations with artists such as Deepflow and Chungha.

Check out the details for Nucksal’s concert in Melbourne below! 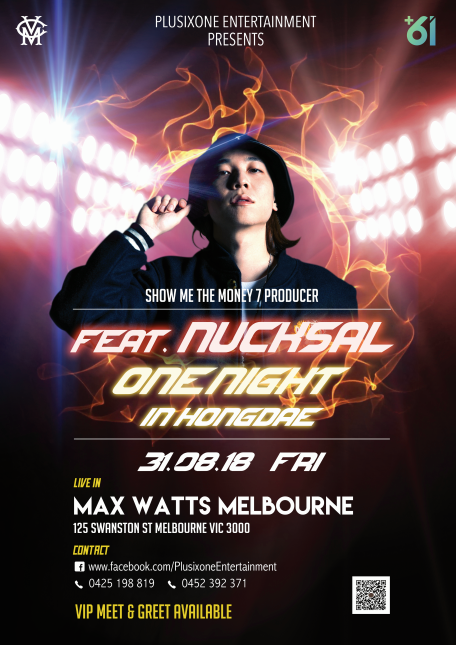 How excited are you for Nucksal to perform in Melbourne? Will you be at his concert? Let us know in the comments below!