On April 29th, NU’EST finally made their first full-group comeback in three years by releasing their MV for ‘Bet Bet‘ and album ‘Happily Ever After‘. Check it out below!

Matching the group’s image, the MV is full of beautiful visuals and aesthetics relating to royalty and partially set in a casino. In many parts of the MV, the camera zooms up to the group members’ visuals. They are dressed elegantly and their outfits are complete with jewelry and accessories. The choreography has graceful yet sharp movements. The song is catchy and has techno beats.

After the song finishes, there is a segment that shows Minhyun returning to his full group in a garden-like fairytale setting. As the teasers suggested, the MV is set out to be like a fairytale. It starts with “once upon a time” and ends with “and they lived happily ever after“. 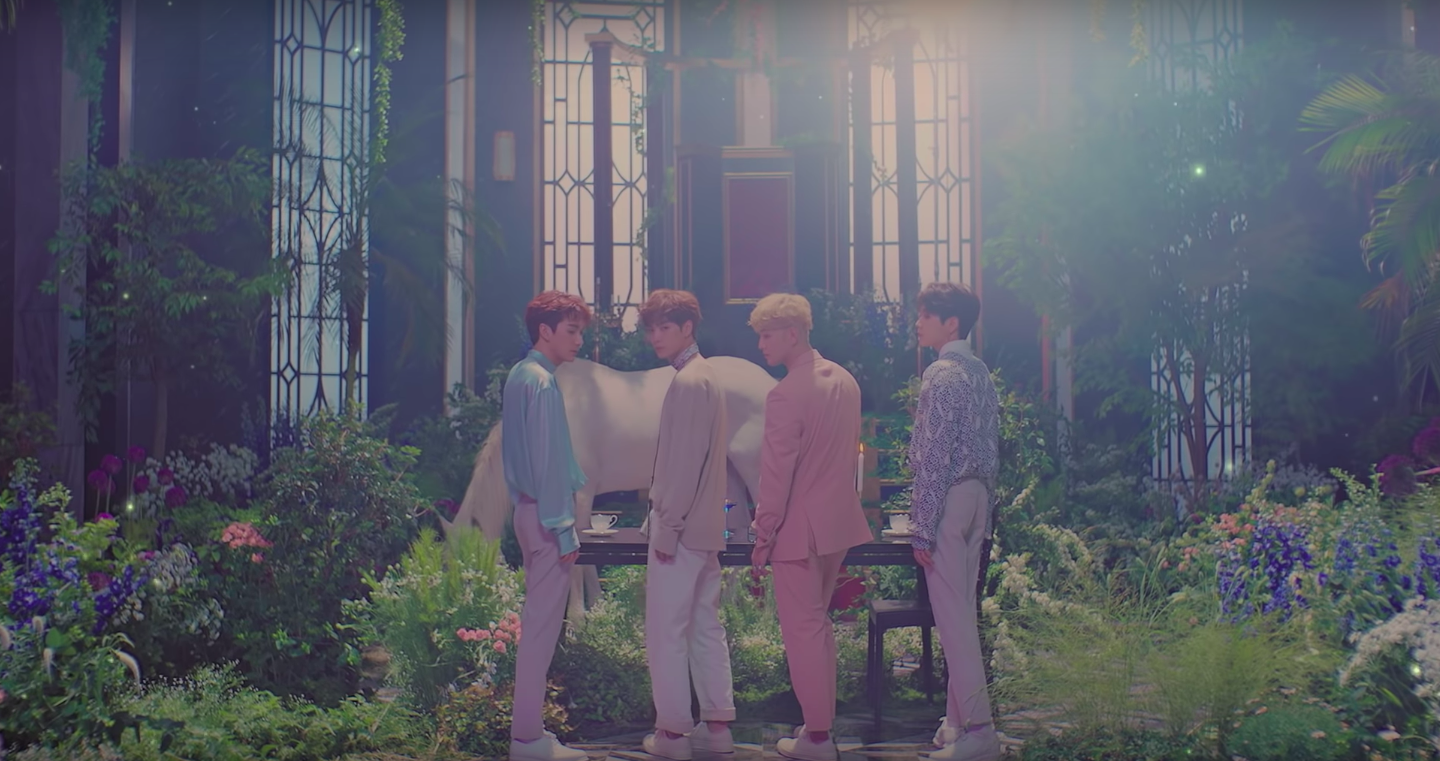 Fans are delighted that NU’EST have finally made their first full group comeback in three years since Minhyun returned from Wanna One. The group just held concerts in South Korea titled ‘Segno‘, which marked the first time they performed on stage together as five members since they appeared on the second season of ‘Produce 101‘. Minhyun previously released his solo song ‘Universe‘, which is the last track on ‘Happily Ever After‘. Stay tuned!

What do you think about NU’EST‘s comeback with ‘Bet Bet‘? Let us know in the comments below!