NU’EST, which stands for New Established Style and Tempo, had a press conference on June 22nd at the Grand Copthorne Waterfront Hotel  for their ‘NU’EST L.O.Λ.E TOUR 2013‘  in Singapore. It was their second time here following a mini-showcase last year, and has returned with their first ever full-fledged showcase for Singapore. 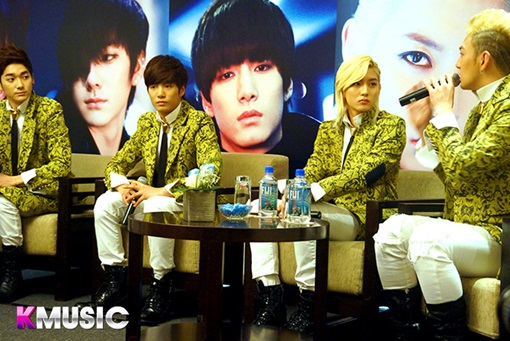 The MC started the session by asking questions about Singapore and where they would like to visit. Baekho said that he is interested to see the Merlion (the national personification of Singapore – a mythical creature with the head of a lion and the body of a fish), to which the MC jokingly said that ‘too bad the Merlion is not wearing a mask’. The Korean-American member of the group, Aron, also revealed (in English) that they had a few masks, thanks to the thoughtful fans. 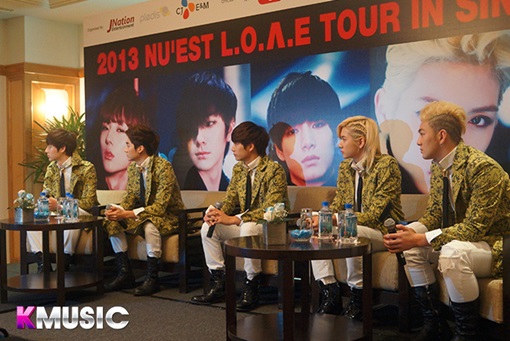 The boys were asked many questions and one of them was about the type of activities NU’EST plan to do if they could have a special session with their fans, to which NU’EST responded that it would not just be about showcases and the group rocking the stage on their own, but something engaging and interactive. 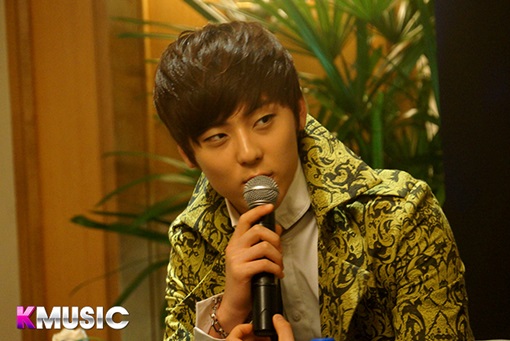 The members of NU’EST see themselves in 5 years as a well-respected and famous group in Korea as well as on the global stage. They will work hard towards becoming that kind of idol group. 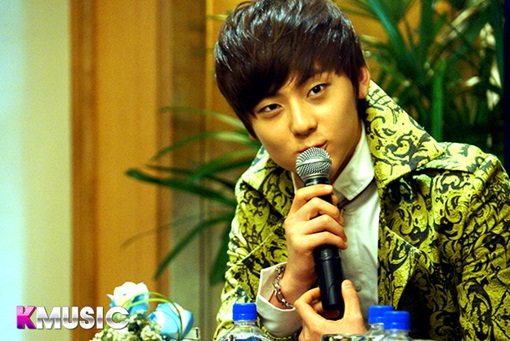 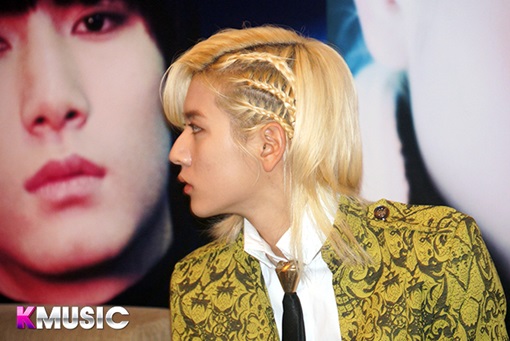 Finishing the session, the members were asked who doesn’t know how to tie the necktie, which is the main focus of the latest concept. Aron declared that, ‘‘Except from me, all the rest do not know how to do it!’’ Fortunately for the boys, the neckties come with a hook at the back and need not be manually knotted.

NU’EST is set for their showcase ‘NU’EST L.O.Λ.E TOUR 2013’ tonight, 22nd June at the Kallang Theater, and will continue their schedule in Singapore with an autograph session at Bugis+ on 23rd June.