On November 19th, NU’EST W released their track list for ‘WAKE,N‘. Check it out below! 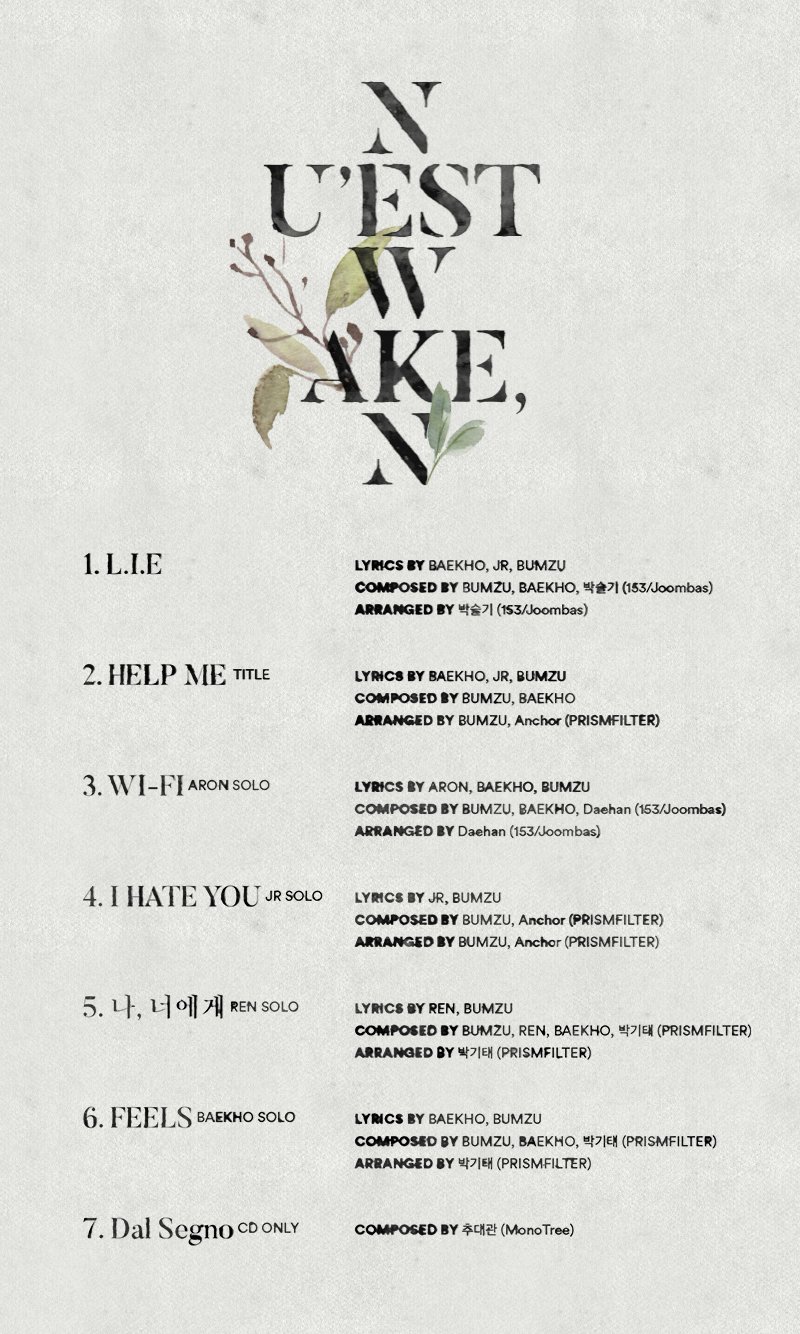 The album contains seven songs in total, with the last song ‘Dal Segno’ being available in the physical version only. Out of the seven songs, each member has a solo song that they have written the lyrics for. Fans definitely cannot wait to see what each individual member has to offer! The title track is ‘Help Me’. It has been revealed that this is a fusion pop and R&B track. This song was produced by members Baekho and leader JR, both of whom also helped to produce their first track ‘L.I.E’.

NU’EST W will make their comeback on November 26th at 6PM KST. This is most likely their last comeback as a unit group since member Hwang Minhyun will be returning to the group soon. Since he is an active member of Wanna One at the moment, he will return to NU’EST after Wanna One‘s impending disbandment at the end of the year.

What do you think of the track list for ‘WAKE,N‘? Let us know in the comments below.

Scroll for more
Tap
UP10TION release a series of quizzes to tease for their comeback
The Boyz reveal bubbly ‘In the Air’ concept photos for ‘The Only’
Scroll
Loading Comments...