Following the release of the English version of ‘Loonatic‘, ODD EYE CIRCLE have continued to hype fans for their first repackage album ‘Max & Match‘!

The trio has released two more group teasers, one black and one white, ahead of their comeback. Check them out below! 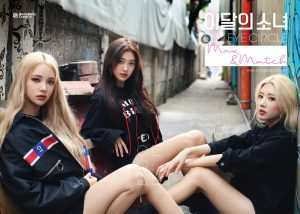 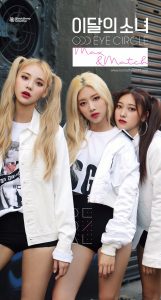 The group also posted a teaser for their next music video ‘Sweet Crazy Love‘. Take a look below!

The teaser has a slightly creepy vibe to it, which is appropriate as the group will be making their comeback on Halloween! The sound of a train in conjunction with shots of the members sitting alone in a carriage and walking down dark streets send shivers down the spine. This unsettling feeling is cast aside when the funky instrumental comes, with an ’80s style bass line that is designed to make you want to dance!

ODD EYE CIRCLE, a sub-unit of the yet-to-debut group LOONA, will make their comeback with ‘Sweet Crazy Love‘ from repackage album ‘Max & Match‘ at 12PM KST on October 31!

Scroll for more
Tap
Ahn Hyung Seob and Lee Eui Woong release adorable ‘It Will Be Good’ MV teaser!
Wanna One band together in ‘Nothing Without You’ album cover teasers
Scroll