OffOnOff drops their tracklist ahead of album release!

OffOnOff drops their tracklist ahead of album release!

It looks like OffOnOff will be back quite soon! They are part of HIGHGRND and is made up two artists: Colde and 0Channel. Both artists are under a crew called Club Eskimo. The combination of these artists make up OffOnOff, bringing quite beautiful music to the fans. Now, the boys have announced more information about this comeback. So, check it out below! 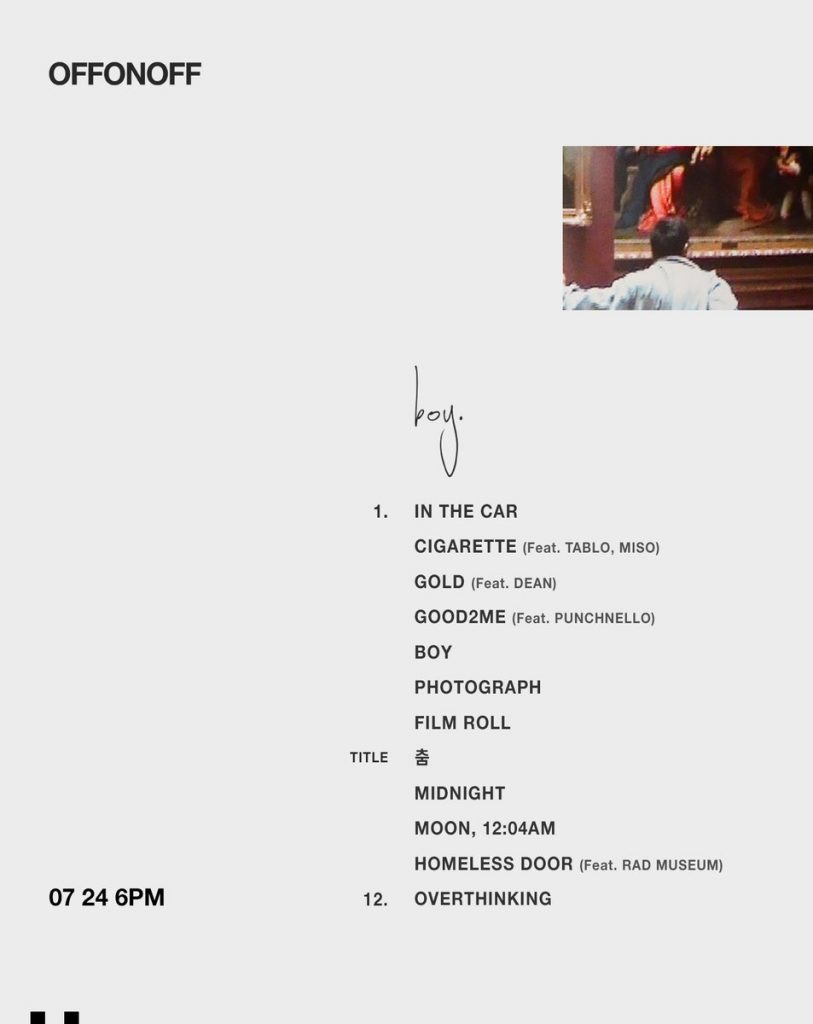 Showing his support, Code Kunst have uploaded the tracklist for OffOnOff‘s upcoming full album! The album will be called ‘Boy‘, which will feature a total of twelve tracks! How great is that? On top of that, looking at the tracklist, there are quite a number of great artists that will be featured on it! This includes Tablo, Miso, Dean, Punchnello and Rad Museum!

Meanwhile, OffOnOff will be back with ‘Boy‘ on July 24th! Are you excited for their upcoming tracks? Let us know in the comments below!