OFFROAD has kicked-off their Manila activities with their press-con at the Discovery Suites on October 6, 2016. The boys expressed their excitement in meeting the Filipino fans on their shows in Manila when they started promoting through mall shows and fan meetings!

Harang, Habin, Rio, Kino and Daewon expressed how they’re excited to meet their Filipino fans during their one month stay in Manila. They already began their activities last October 8 at SM Clark, Pampanga. This week, they will be having their first fan meeting at the Korean Cultural Center (KCC) in Bonifacio Global City, Taguig.

The boys showed their Tagalog skills in the press conference – not only that, Daewon and Rio also showed off their lovely singing voices! Kino confidently rapped and Habin smoothly did a freestyle while Kino backed him up with beat-boxing. Harang actively answered questions with much enthusiasm. Daewon expressed how he felt when they were going to the Philippines for the first time. “It was really unexpected that we will be coming here. We feel very excited and we can’t wait to show everyone what we and the company have worked hard for.” he said. 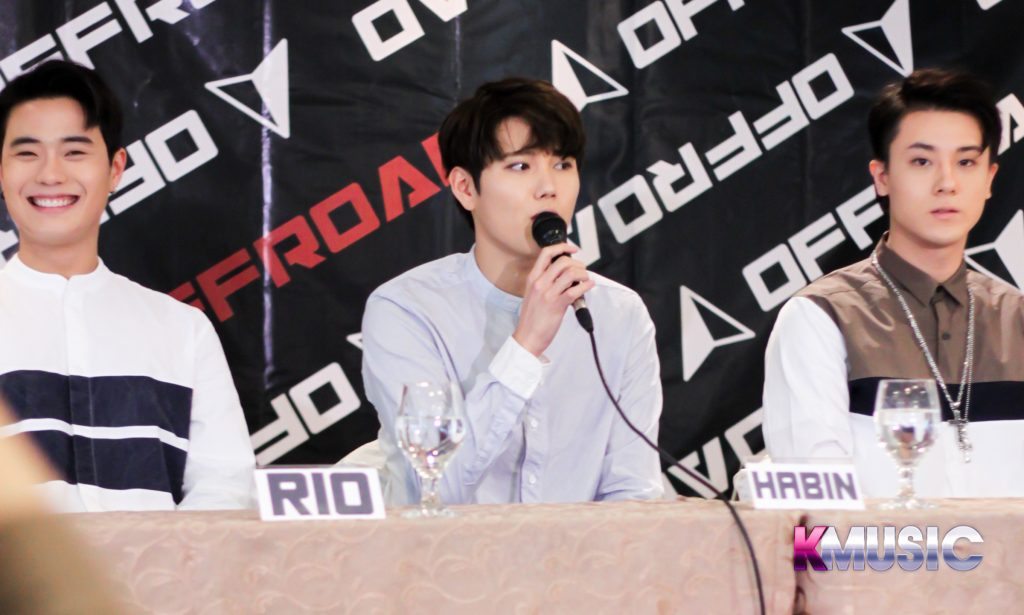 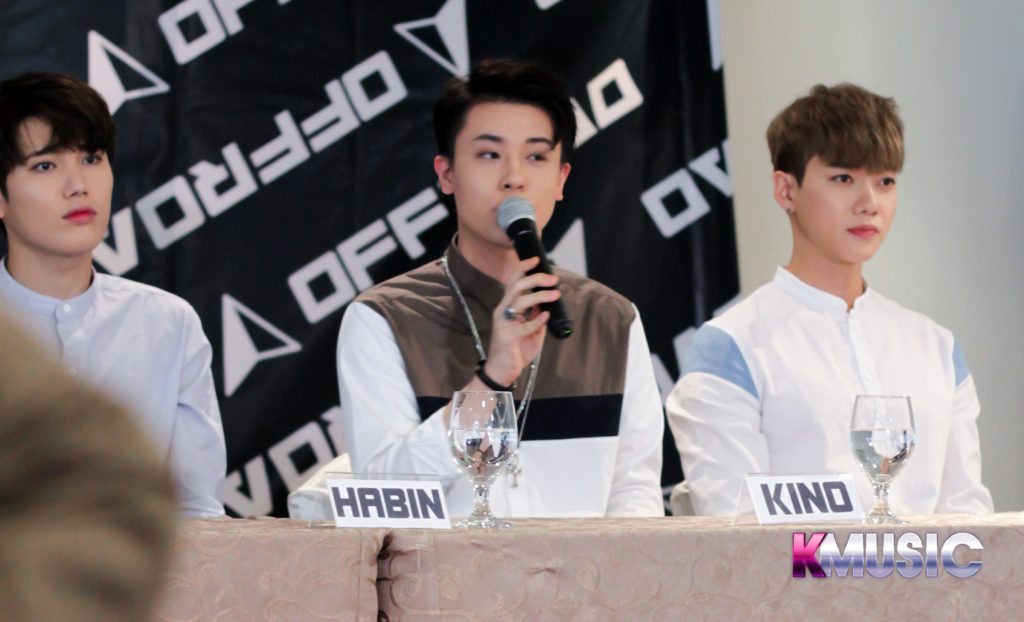 KMusic got the chance to ask OFFROAD about their motivation or inspiration when they’re performing on stage. They simply said that their fans give them energy and their nervousness disappears when they see them while they are on stage. 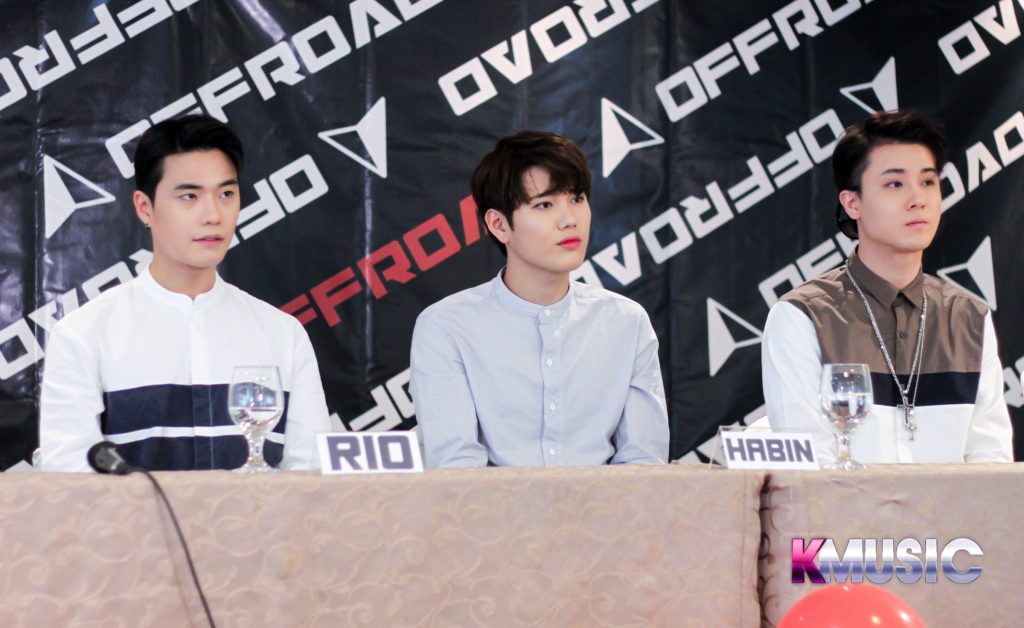 They also explained their first impression of their Filipino fans. Habin said, “Through social media, I have been in contact with few Filipino fans and they said that they were excited to see us. Also at the airport when we arrived, there were also fans waiting for us. We felt very happy and excited.” 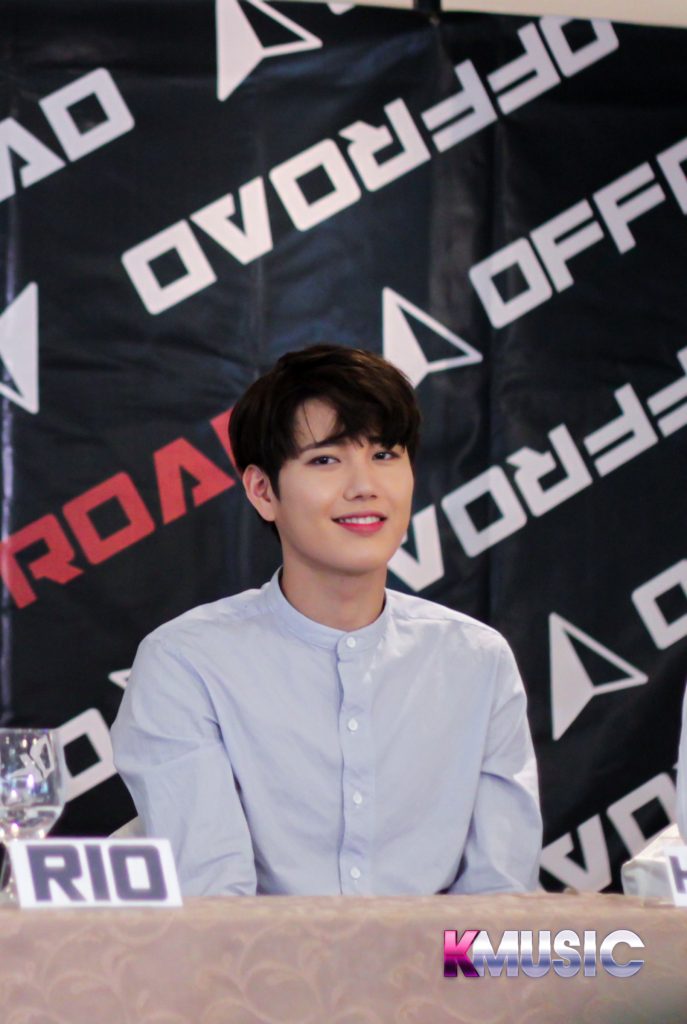 Each member shared who their favorite Korean idol is. Most members look up to BIG BANG. Other artists also have mentioned Jay Park, Rain, Seven, EXO and BEAST. Habin also mentioned that ever since he was young he looked up to the late Michael Jackson and he was the reason why he wanted to become an idol. 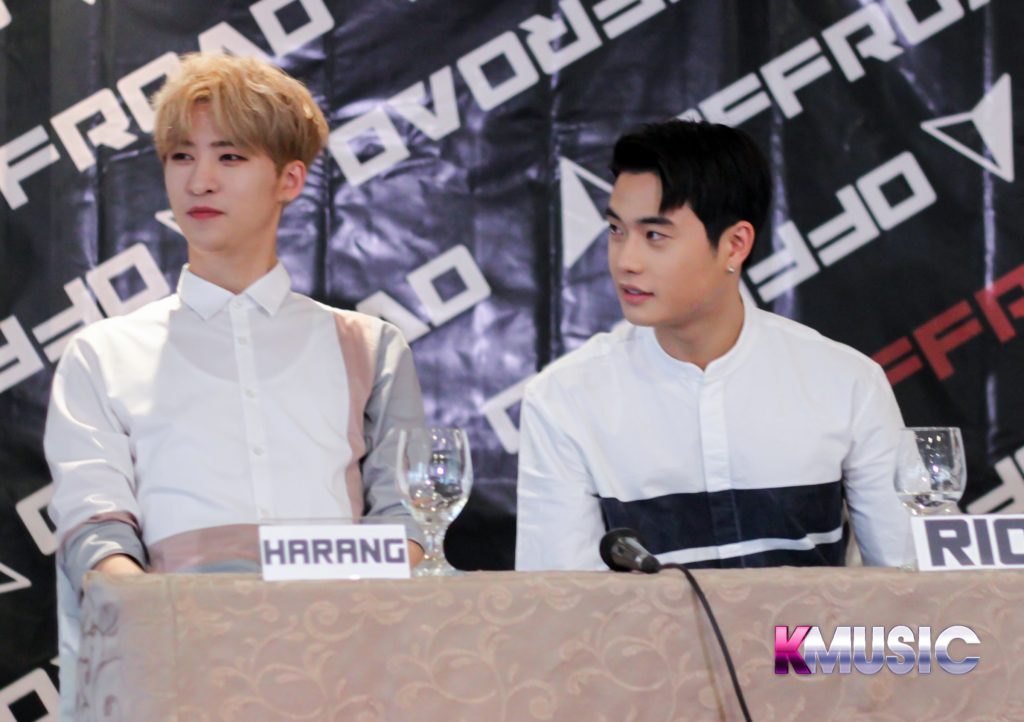 Regarding their comeback OFFROAD is currently preparing for it! The songs have been done, they just need to finish filming the music video and yhey plan to make their comeback in the early months of 2017. Aside from that, their sub-unit “ONOBRO” will also release an album soon. As of the moment they have composed a lot of songs for the album. Kino, also has plans on releasing a solo album in the near future. 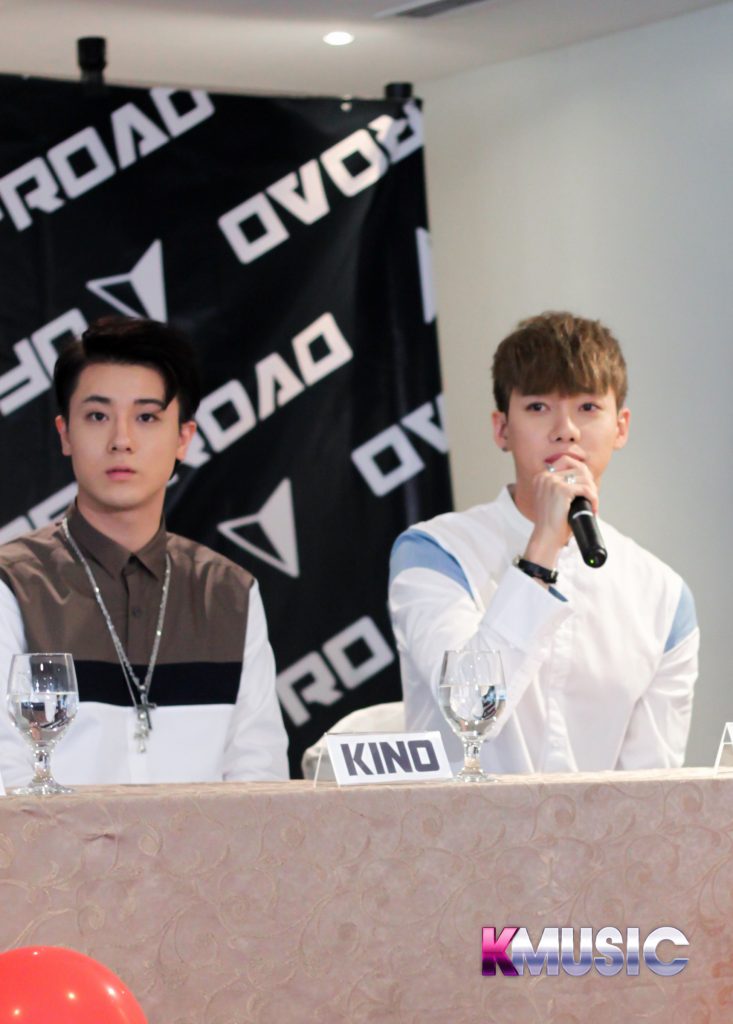