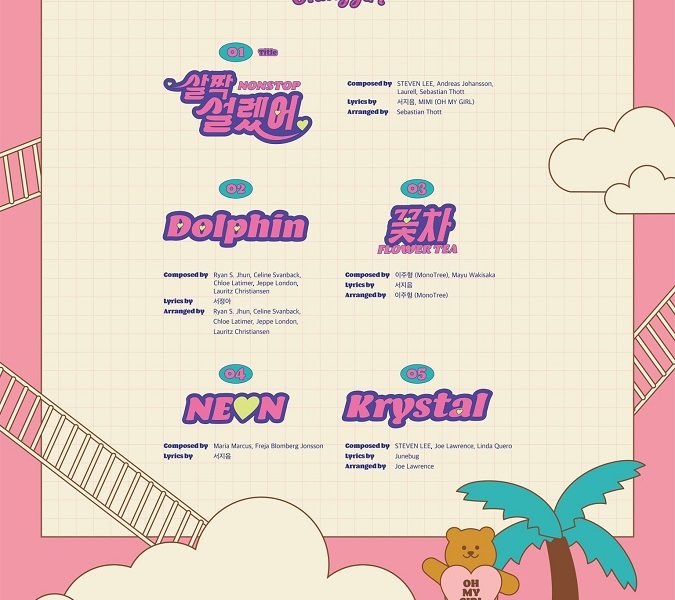 On April 19th, OH MY GIRL released the track list for their upcoming 7th mini album, ‘Nonstop’. The track list is captioned as a ‘Dice Zone’ which plays into the board game inspired theme the group is leaning towards in this comeback. Check it out below!

The group’s new album will contain five new tracks including the title track, ‘Nonstop’. Other tracks include ‘Dolphin’, ‘Flower Tea’, ‘Neon’ and ‘Krystal’.

This will mark the girl group’s return in approximately 8 months from their release of the repackaged version of their 1st full album, ‘Fall In Love’ with the title track, ‘Bungee’. More recently, the group participated in Mnet‘s girl group survival show, ‘Queendom’ which aired till October 2019. They garnered plenty of attention with their narrative-based performances notably with their cover of fellow Queendom participant, Lovelyz‘s track, ‘Destiny’.

How do you feel about OH MY GIRL‘s track list? Let us know in the comments below!