OH MY GIRL have ‘Nonstop’ fun in their bright board-game comeback MV! 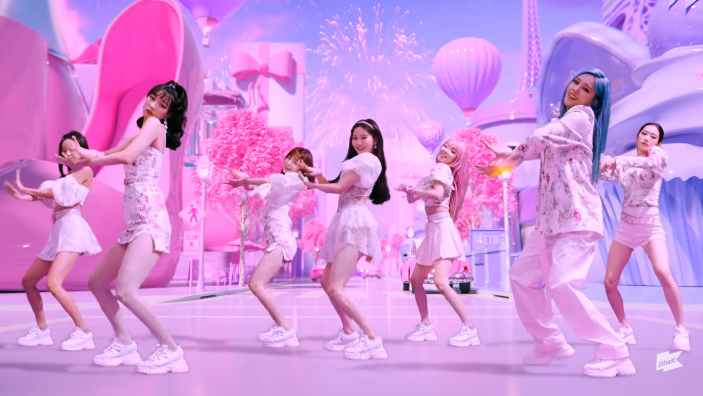 OH MY GIRL have ‘Nonstop’ fun in their bright board-game comeback MV!

On April 27th, OH MY GIRL released the MV for their title track, ‘Nonstop’, off their 7th mini album of the same name. Check it out below!

The song’s lyrics describe the the exciting feelings you get with a lover likened to the excitement in playing a board game. The MV reflects this with the members all in different locations on the board game, having their own fun times. It is a bright CG- filled MV that oozes a bright energetic feel through its colours. There is also a fun choreography that people can follow along in the hook.

The song itself is an uptempo dance pop number with a sprinkling of trap elements featuring a rhythmic bass and catchy synth in the chorus, along with the light airy vocals, and bouncy rap sections from the group.

This comeback marks the return of member Jiho to promotions since her hiatus in January this year due to health reasons.

The title track and album are on track to be the group’s best selling to date. ‘Nonstop’ is currently #1 on many Korean music charts including the largest, Melon Chart. Moreoever, this is the first time the group has ever reached #1 on Melon. The album has sold its biggest 1st day sales for the group, already selling over 19,000 copies, beating their previous record from their 1st full album, ‘The Fifth Season’ which sold 2,601 copies on its release day.

What did you think of ‘Nonstop’? Let us know in the comments below!