Rookie boy group ONEUS have revealed the track list for their upcoming mini-album ‘RAISE US’. 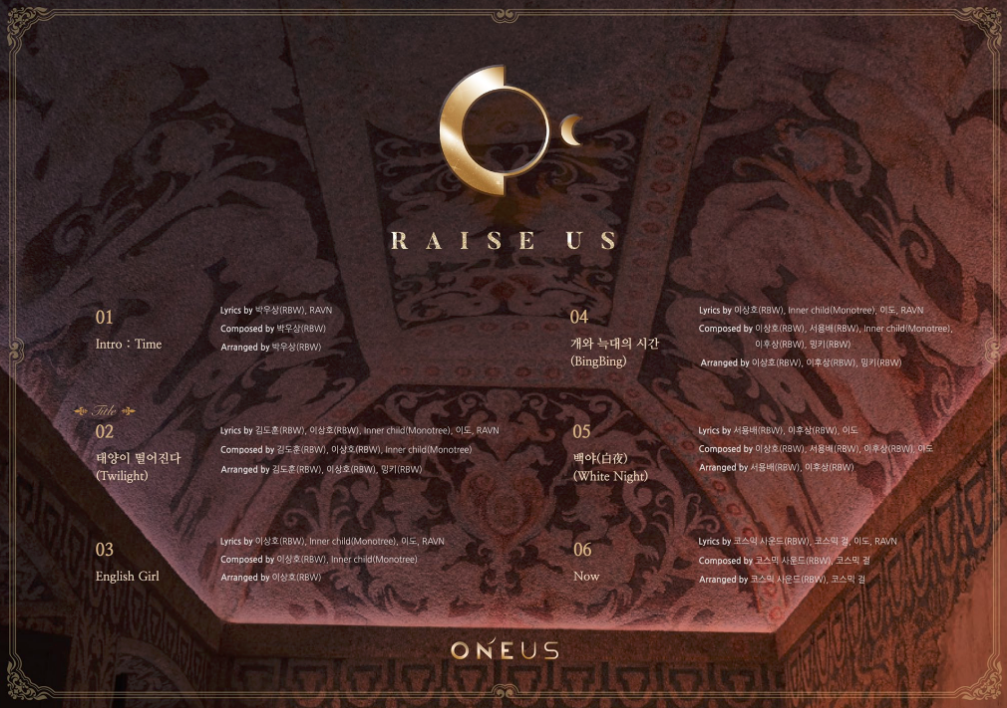 The album will feature a total of six songs, including the intro tack ‘Time’, the title track ‘Twilight’, ‘English girl’,  ‘BingBing’, ‘White Night’, and ‘Now’. ONEUS members RAVN and Leedo have participated in the making of the album, which has only heightened their fans anticipation for the album’s release.

What kind of songs are you hoping to hear from ONEUS’s new album? Let us know in the comments below!