ONF are smiling happily in ‘You Complete Me’ teaser image

ONF are smiling happily in ‘You Complete Me’ teaser image

As promised in their comeback schedule, ONF have dropped their first teaser image.

‘You Complete Me’ is the name of the group’s second mini-album, which is scheduled for release on June 7.

In the teaser image, the members are seen looking down into the camera, while smiling brightly.  They all appear to be wearing sky-blue athletic uniforms.

We’ll find out more when the next image is released tomorrow.

Check out ONF’s teaser image for ‘You Complete Me’ 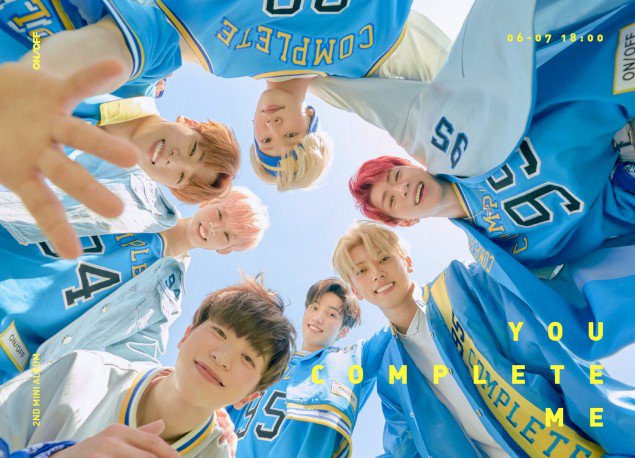 The group will be making their comeback on June 7 with the album release and a comeback showcase already scheduled.  The music video for the title track has already been filmed in the United States.

What are your thoughts on the teaser image?  Are you looking forward to ONF‘s comeback?  Let us know your thoughts in the comments below.

Scroll for more
Tap
BTOB have announced their comeback with ‘This Is Us’
BTOB are going to be busy in the lead up to the release of ‘This Is Us’
Scroll
Loading Comments...