Our top tweets about the 2017 BTS FESTA puzzle teaser!

Our top tweets about the 2017 BTS FESTA puzzle teaser! 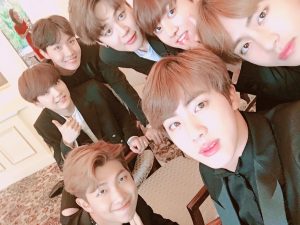 ARMYS latest efforts to solve the teaser puzzle released on Instagram by Big Hit Entertainment for the upcoming 2017 BTS FESTA 4th debut anniversary, have so far led to viral levels of hilarity, as fans find incredibly inventive ways to manipulate the 9 images into something that makes any kind of sense.

The power of the BTS fandom is now ‘worldwide’ famous, for their sheer ability to utilise social media to propel their idols to heights, so we’re pretty sure they won’t need the missing pieces of the puzzle to find the answer!

Our hand-picked favourite reactions are below!

my theory: bighit are secretly training us to be smarter than the fbi so they can take over the world #2017BTSFESTA pic.twitter.com/KlqqaYQvrk

The “ARMYS are more confused than BTS during English interviews” tweet

Every army when bighit released the #2017BTSFESTA puzzle @BTS_twt pic.twitter.com/8cL0tKpaph

i swear i do more work being an army than i actually do in school. excuse me, but i didn't sign up for all this work. #2017BTSFESTA pic.twitter.com/DVGPX4POWB

And last but not least, the “Keep calm and stalk Big Hit“ tweet