Park Bo Ram‘s comeback date is approaching very soon! So, to get fans hyped for her comeback, she has revealed many teasers for the fans! So, check that out below! 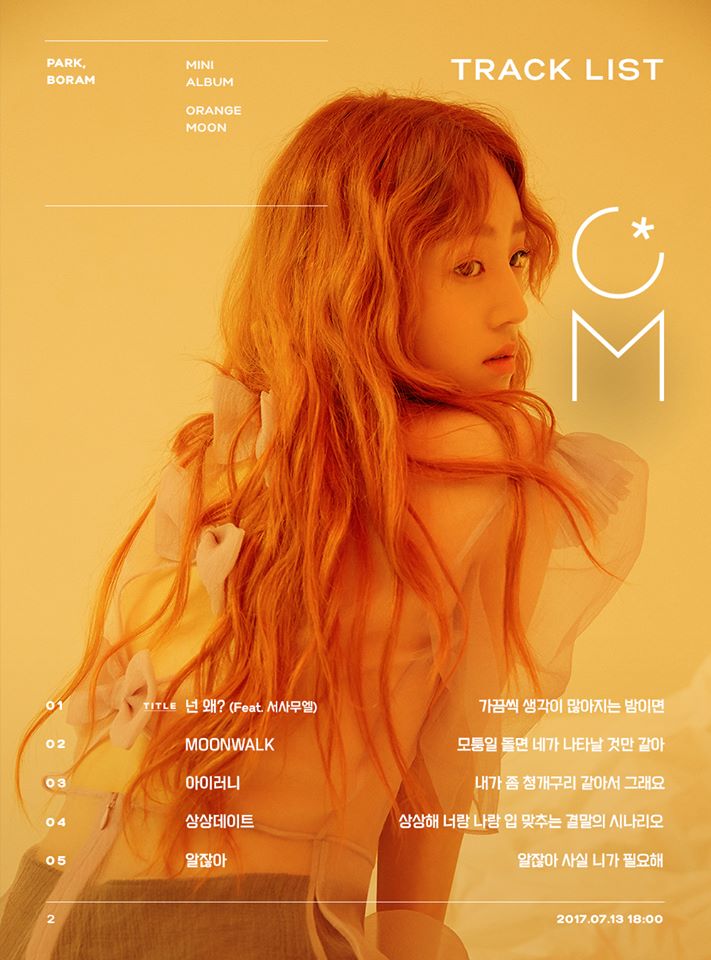 First, she has dropped the tracklist for her upcoming second mini album, ‘Orange Moon‘. This album will have a total of of five tracks including the title track ‘Why You?‘ featuring Samuel Seo, ‘Moon Walk‘, ‘Irony‘, ‘Imaginary Date‘ and ‘You Know‘.

On top of that, Park Bo Ram had dropped an album preview to allow fans a taste of what her album will be like. All tracks has its own charm that pulls you in. One thing for sure is Bo Ram‘s voice is very soothing to listen to and has its attractive point. It surely is an album that is well fitted to summer!

She has also dropped the video teaser for her title track, ‘Why You?‘. With the orange scheme she has showing throughout her teasers, she video teaser also features this beautiful scheme. It is quite perfect for this summer season. On top of that, she video only showed off the beautiful beats. It has the summer vibe that really pulls you in. It will be interesting to see how her voice will fit into this track.

Bo Ram has also dropped another video teaser for ‘Why You?‘. This time it features a snippet of the dance choreography. The dance really fits the track and her voice is so soothing as always! It really has fans quite excited for its full release

Meanwhile, Park Bo Ram will make her comeback with ‘Why You?’ on July 13th! Are you excited for her comeback? Let us know in the comments below!