Park Bo Ram is finally teasing for her upcoming comeback! This will mark her first comeback since a year and three months! How great is that? She will be back with a mini album, ‘Orange Moon‘. She has dropped the first two image teasers, so check it out below! 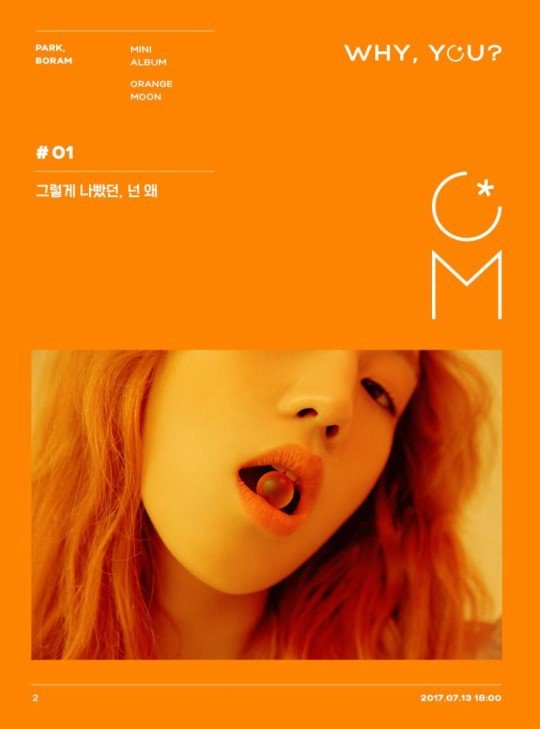 In the first image teaser, it features Park Bo Ram with an ‘Orange Moon‘ in her month. It surely is a creative way to incorporate her album title into the image. On top of that, we are hit with loads of orange, that matches well with her comeback and this summer season! Meanwhile, it was also revealed that ‘Why, You?‘ is one of the track’s title. 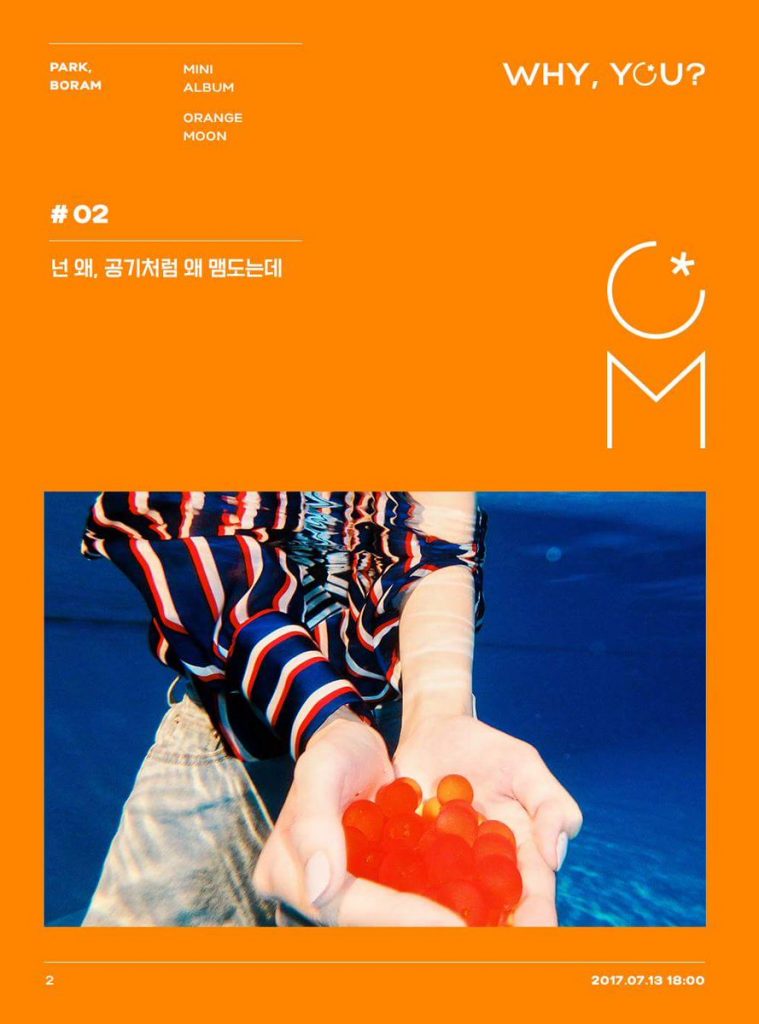 Meanwhile, in her second image teaser features a handful of these ‘Orange Moon‘ candies! These candies are so vibrant in colour, it surely looks hypnotizing to anyone who sees it! Also, Park Bo Ram said that former ‘Superstar K2‘ contestant Samuel Seo will be featuring in her upcoming title track.

Her album will be dropped on July 13th! Are you excited for her comeback? Let us know in the comments below!

Scroll for more
Tap
LOONA begins to tease for their eighth member!
Dreamcatcher drops mysterious images! What could this mean?
Scroll
Loading Comments...