On January 7th, she posted on the official website of the group, “Congratulations for your debut, Speed ♡,” along with the picture posted below. It can be seen from the picture that she is holding a white paper that shows her message for the group while pulling off an innocent look on her face. 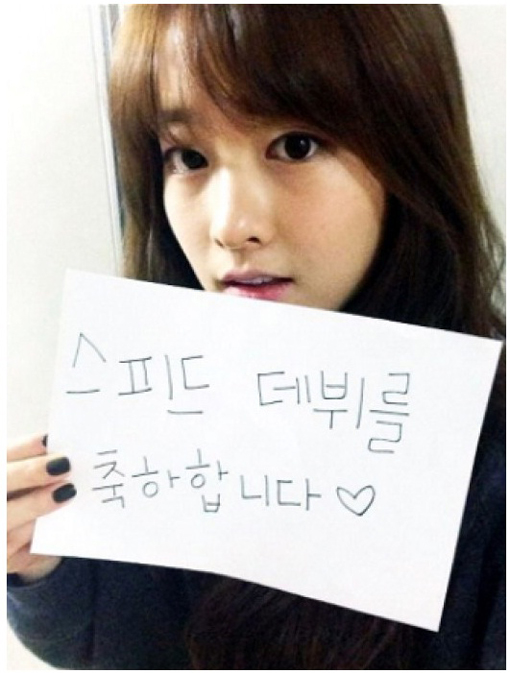 It was also reported that she once posted on the site asking them to buy her dinner after making a hit.