On March 29th, actress Park Bo Young was working on SBS‘s, “Rule of The Jungle in New Zealand“. 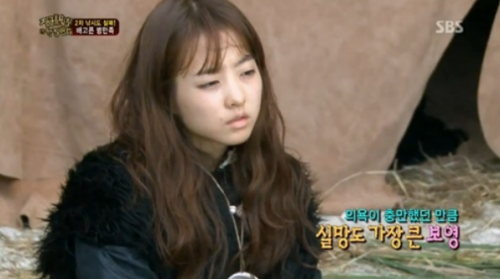 She worried her fans as she suffered from hallucinations from extreme hunger. She hadn’t realized that they would go so far. She was extremely tired and hadn’t had a good meal in 3 days. She began dry heaving because of how hungry she was.

“I was sitting down to rest when I saw a banana,” she said. “I thought, ‘the staff members are so mean. They know we are starving, yet they are eating bananas.”

Soon she realized that what she was seeing was not a banana, but actually a yellow shoe. The shoe wasn’t even a banana color, it was more of a neon yellow.

“I am hallucinating,” she said, “I am going crazy. Please give me something to eat.”

Fans were quite worried, but were relieved as she returned safely.